Japandroids live at the Cobalt 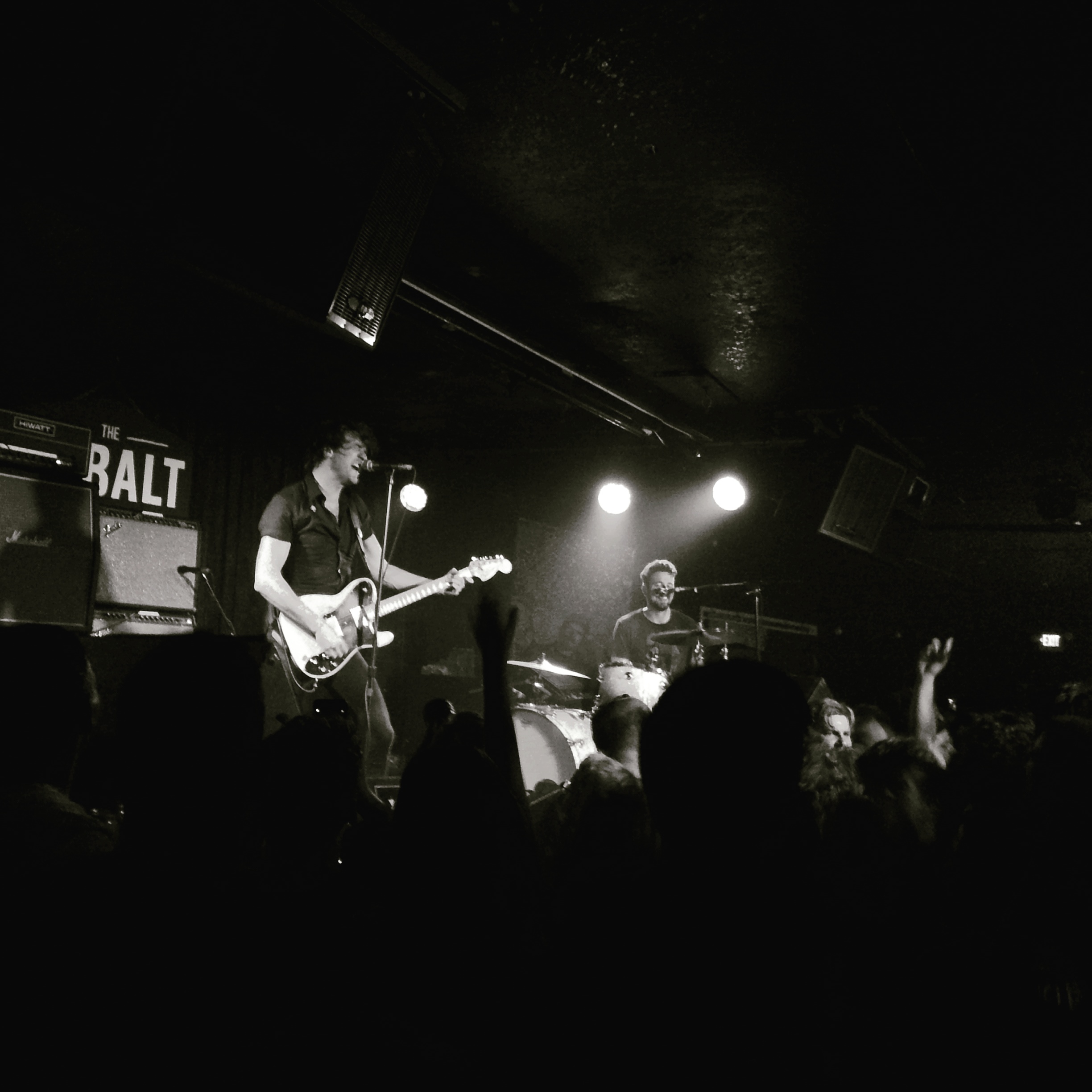 Vancouver’s own Japandroids played the second sold out show in a four-night stint at the Cobalt on Thursday night. Though it was their first performance in three years, it felt like they picked up right where they left off.

Singer/guitarist Brian King started the set exclaiming “We have a new record coming out soon, thank you so much for remembering we exist!” and then raucously kicking into “Adrenaline Nightshift” . The band had as much spirit and fervor as they ever have, and the high energy in that room both came from onstage as well as the audience. From start to finish the show went for an hour and fifteen minutes.

King had a decent wall of amplifiers behind him, one of which being an Ampeg bass amp that was so loud, an audience member could be heard yelling emphatically “I had no idea that a two piece could make that much sound!”. Drummer David Prowse was an undeniable force behind the kit and seems to feed off of King and the audience for his bursts of drum fury.

There were quite a few new songs played tonight as well. The first one, which King called “Long Hard Life” was classic Japandroids, with razor-quick stops and starts, and plenty of “whoa-oh-oh’s”. They followed that with yet another new song called “North, East, South, West”, which was a bit more subdued showing the band is experimenting with new textures in their songwriting. We are very excited to hear the new album, whenever it comes out.

Japandroids also played many fan favorites, including “The Nights of Wine and Roses”, “Fire’s Highway”, “Young Hearts Spark Fire”, and “The House That Heaven Built, from 2012’s Celebration Rock in which the crowd went nuts. Flailing their arms up with the mosh pit going full circle on the sweat and beer soaked floor, it really felt like rock n’ roll could still be exciting.

King announced it would be their last song, but seeing the audience’s reaction Prowse announced that they had “One more last song”, and King then advised everyone to “Let it all out!”, the pit went crazy and the band did too. And then, in a flash, it was over. An intense set reigniting the spark that these guys have always had, and the audience left the Cobalt grinning ear to ear.