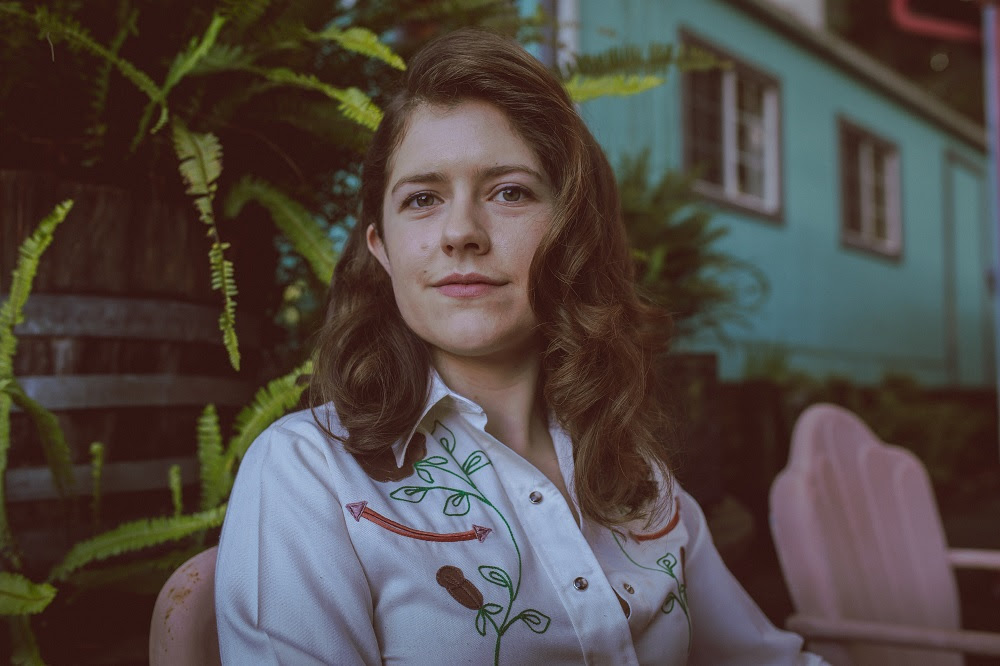 Avery Hellman AKA: singer-songwriter Ismay, has returned with “Stones.” The track is the follow-up to her previous single “When I Was Younger, I Cried,” and off her debut record, Songs of Sonoma, due out in 2020.

“While on the Klamath River, I was out trying to record oral histories, and heard about this nylon string guitar player Rex. We drove down a dirt road on a cliff to what must have been one of the most remote towns in California, and all the while I was thinking about all of the questions I’d ask. We arrived to his house was which was hand-built, and waited patiently for several hours while he talked. Only after those hours of listening did he share that he wouldn’t be willing to talk on tape. But, he was willing to show us something very few people had seen. So he brought us into the bedroom, and opened a box. There were a few plain looking rocks, and he explained he had found this unique rock right here on the Klamath, and then revealed what was so special–after turning on a special light, you could see what looked like galaxies of stars there in the stones.

Ismay was introduced to the musical world through the Hardly Strictly Bluegrass Festival, created by their banjo-playing grandfather Warren Hellman. An upbringing immersed in roots music shaped a love of the old-time aesthetic and early recordings of American folk music. Ismay learned to write, sing, and play by listening to the songs of Emmylou Harris, Hazel Dickens, Mississippi John Hurt, and Leonard Cohen, as well as Alan Lomax’s field recordings. As Avery grew older, artists such as Cat Power, Lee Hazlewood, Phosphorescent, Captain Beefheart, and Angel Olsen further influenced their work. After a many years of playing music mostly in their bedroom, Warren’s passing in 2011 created a chance for Avery to play Bluegrass music at his memorial, pushing them onto a public stage for the first time. It was there that the seeds of Ismay began, leading to the project’s debut in 2015