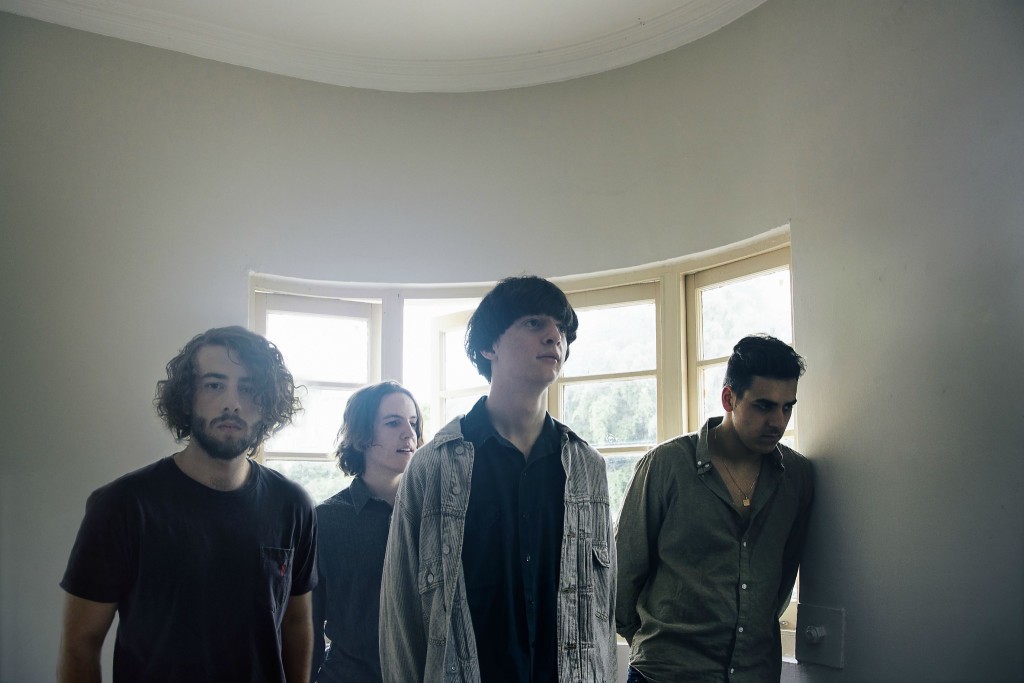 The Brisbane, Australia-located, indie post-rock band Twin Haus just released its sophomore EP, Nothing Lavish, now out on Bedlam Records. The band is carving out an atmospheric niche for itself in the vein of Radiohead, Explosions In the Sky, and Foals by creating expansive (and mind-expanding), emotive, experimental epics that incorporate the ambient, psych-rock, and noise rock styles. Find out more about the band and its new EP below:

Northern Transmissions: Heya guys! It’s great to touch base with you about your new EP Nothing Lavish and see what you’re all up to. So who’s in the band and what instruments, including vocals, do you play?

NT: It’s difficult to break out of the local music scene and even harder to be heard on an international scale, but you seem to be beating the odds. Do you put this down to media attention or fan base devotion or maybe a bit of both?

TH: It’s probably a bit of both! The support from our fan base is very enabling, however, international publications really help to generate reach that we wouldn’t be able to attain of our own accord.

NT: Can you give some scoop on your latest EP and how it differs from your debut EP, Waxen Myriad, from 2014?

TH: Nothing Lavish is definitely a more mature sound for us, particularly in regards to both writing and production styles. I guess this makes sense because, as people and as musicians, we have matured since the release of Waxen Myriad a few years ago.

NT: Most of your previous soundscapes have been in the 5-minute range, but on your new EP you lengthen the runtime of two songs to around 10 minutes each. What does this extension of time deliver to “Synthetic Egg” and “The Revue”?

TH: On the EP, particularly within the two tunes you mentioned, we chose to elaborate on particular melodic or chordal ideas. It felt very natural to extend these jams, to build them patiently, piece-wise.

NT: Speaking of “The Revue”, there’s a short section two-minutes in where the post-rock ambience turns into a racing-paced, jazz horns-tinged freak-out. Where on earth did that bit come from?

TH: The main motif in that section actually came from a riff that was originally intended for a different track. We wanted a super-intense, frantic section to follow the super-melodic opening verses of “The Revue” and the motif slotted in perfectly. The synthesizers and horns layered over the guitars add to the freak-out feel quite nicely.

NT: You brought in additional musicians for the track “Synthetic Egg”. Why did you feel the need to incorporate saxophone, French horn, and Flugel horn on this number?

TH: We wanted to differentiate between the two builds in ‘Synthetic Egg’. The first build is quite vocal-heavy, so we chose to put vocals in the background and bring a completely new element into the foreground for the second build. There was a lengthy process deciding exactly which instruments would complement the track in the nicest way possible, but we settled on a simple yet majestic horn section. A huge shout-out to the incredible players that contributed to the EP.

NT: What is your process for song-creation? Does one person come in with a melody, riff, beat, or something more and then you all contribute to the finished product?

TH: We generally start with an idea, whether it be pre-written or something spontaneous, and jam it out together. Additionally, we usually have a substantial backlog of ideas that are waiting for the correct context to be slotted into – often that context comes in the form of a new idea or jam. Nothing Lavish follows this trend, housing both old and new ideas together.

NT: You released a stand-alone single, “Blood Tapes”, in 2014. Why isn’t it included on Nothing Lavish?

TH: “Blood Tapes” was never intended to be anything other than a stand-alone single. It was perhaps a bit of a feeler for us – an experiment to discover a sound that we liked. Post-production took a far greater role for “Blood Tapes” compared to anything we had done before, which was something that we liked and thus re-approached for Nothing Lavish.

NT: Nothing Lavish is produced and engineered by Steve Kempnich, mixed by ARIA award-winning producer/mix engineer Tim Carr, and mastered by Mell Dettmer. What did they bring to the EP that wasn’t there before?

TH: As we’ve worked with both Steve and Tim before, we were already somewhat on the same page upon entering the studio. Both guys were able to materialize our ideas accurately, in addition to bringing their own ideas and perspectives to the table. We mastered the EP with Mell upon recommendation from Tim Carr. Her work provided additional life and colour to the EP and far surpassed our expectations.

NT: You’re known for your electrifying live sets. How are the tour dates shaping up at the moment and in the future? What is the difference between what you’ve put to record and your live gigs?

TH: We’re currently at the beginning our biggest tour to date, travelling Australia wide to cities we’ve never played in before, such as Adelaide and Perth. We’d love to play some overseas shows in the near future, but as it stands, we’ll be staying on home turf for now.

NT: What’s the Brisbane indie music scene like? It seems like it’s a hot spot these days for musical talent, along with other Aussie cities like Sydney and Melbourne.

TH: The Brisbane music scene is incredibly interesting and diversifying by the week; new bands pop up almost daily, it seems. Everyone within the scene is very supportive of each other, which is unbelievably valuable to all the musicians and bands.

NT: I read that you collaborated with various visual artists for Nothing Lavish. What was the result of this project? Did each artist design different cover art for the EP?

TH: Each of the artists interpreted a song from the EP in his/her own artistic way. The results were outstanding and we are extremely thankful to each of the wonderful artists. The artworks are available for viewing and to order at: https://twin.haus/#/preorder and you can listen and buy the EP at our Bandcamp: http://twinhaus.bandcamp.com/

NT: Why did you decide to release a couple of EPs so far instead of a full-length? Are you currently at work on new songs?

TH: We are always working on new ideas and songs and will start working seriously on an album soon after the current tour. The decision to release EPs and singles before an album was simply just to make sure that we had enough people willing to listen to our first LP. It also gave us a plenty of time to settle comfortably into our sound and attitude as a band.