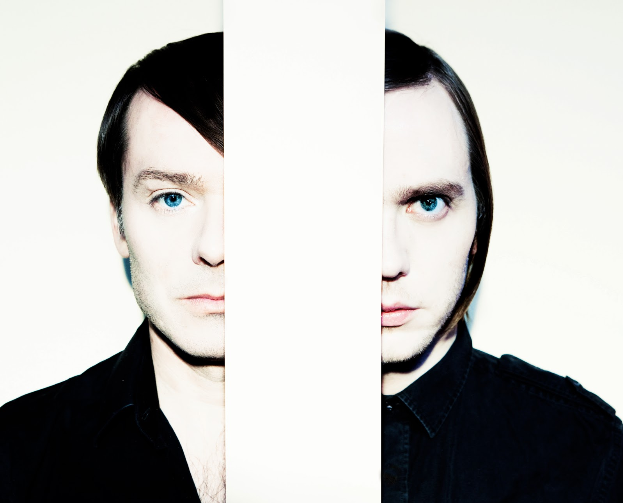 The collaborative forces behind Starwalker have mesmerized the world of electropop and set an example to follow. Icelandic composer Bardi Johannsson (Bang Gang, Lady & Bird) and France’s own Jean-Benoit Dunckel (Air, Tomorrow’s World) joined forces in the spring of 2013 to create something enchanting and intriguing that would keep listeners waiting, and leave them wanting more. With their debut album set to drop in April, the duo has released a trio of singles to offer a taste of the diverse album that is to come.

Northern Transmissions: You recently premiered your video for Holidays, which features a pretty adorable robot. Can you tell me a bit more about this video? I understand it was part of a fan made contest.

Bardi Johannsson : We had been talking for a while about what we wanted to do with the video for the song and we had been in discussion with people but something was not exactly working. When we received the videos, there were two that we were really into but this one kind of stood out. We had been considering what would be the right image for this song because it’s kind of like a happy pop song but still has little melancholic feels. We wanted the video to be something special and have a little humour in it. Something that would project what Starwalker was about.

Jean-Benoit Dunckel: I feel really proud of the video. I really love it.

NT: Would you say that the three singles released so far give the listener a good idea of what to expect from the album? I know we go from “Holidays,” which is cheerful and upbeat, to “Le President,” which is eerie and darker.

BJ: I think we have all the spectrum – a really wide spectrum, but still within the same range. It all sounds like Starwalker but we have songs like “Holidays,” we have songs like “Get Me” which is also a little bit happier and radio. We have more pop-rock songs and also the dreamy songs. I think it projects quite well – the collaboration of us two.

NT: Awesome, I really like that. How has Starwalker progressed since the release of your “Losers Can Win” EP back in 2014?

BJ: The first song we did, “Bad Weather,” probably sounds the most like me and JB working together. Then we got a little bit more free from what we had done before and started to explore new things but still, of course, we are us so there is always us there.

NT: You both come from such impressive musical backgrounds. Would it be hard not to incorporate bits and pieces of that into Starwalker without even really meaning to?

JD: At the beginning, we were more into something like chill out. I don’t know why exactly but more and more, while we were recording, we went in a bit of a direction and a bit more up tempo songs. We wanted to have some kind of funky beat. I believe it’s because we are really excited and happy and we want to give the full feeling of happiness, partying, and having fun.

NT: How did your paths actually cross? One of you is from France; one from Iceland – not that close.

BJ: It’s not so far either. It’s like, three and a half hours by plane. People always think Iceland is far, far away but it’s not so far from Europe in a plane.

JD: We met through a common friend who said that we should meet. I heard about Bardi through this friend, Bardi heard of me through this friend too. Finally, we met in Paris where Bardi was staying. I was also there with my band, Air. We talked and I know that Bardi spent some time in Paris after that, so we decided to meet and do a song as an experiment. I went to Iceland in 2005, and then I discovered more about Iceland and I said to myself that there was a good feeling about it.

NT: How would you compare the scenes in both Iceland and France to that in North America? Do you get good reception here?

BJ: Music is so open now with the Internet. I like French music, I like American music, I like some Icelandic music. It looks like the people in America are really open to listening to new European sounds. Even though they like Nickelback and horrible things like that, they are still open. There are just so many people that not all of them are Nickelbackers.

NT: On the topic of the Internet, you’ve described this as being an “era of instant gratification and low attention spans.” You want to deliver music in a way that is more of a process and makes your listeners wait. What influenced you to go about doing things this way?

JD: You reach social media that are more into subculture and this kind of thing. Bardi and me, we like to surf on the Internet and pick up the bands and the culture that we like. We wanted to be true on the Internet. We are far from each other and we knew our audience was going to love it that way. You can’t really be a band without playing live, but we are trained to do it. We are trained to make an impact on people.

BJ: We wanted to be independent also because we were actually discussing with major labels, but what they ask for these days is really limiting for you as an artist. We wanted to be free. I think it’s more important to be free because music lives forever and if you feel free, then you feel more comfortable to do what you want. I think in the end, an artist who does what he wants is going to be more successful in the long term than someone who is really limited by some people.

NT: What inspired you the most during the making of this new record?

BJ: J-B inspired me the most.

JD: I think that, like Bardi said, we are inspired by freedom in general. I think that people want to connect with free people because, when you think of it, it’s hard to be free. You have money problems; you have to go to work. What they like, what they admire, what they want is to connect with free artists. We are inspired by Iceland also, the country itself; the people, that kind of nature.

BJ: The benefits of starting a new band is that you have no expectations from your audience. You can basically do exactly what you want. 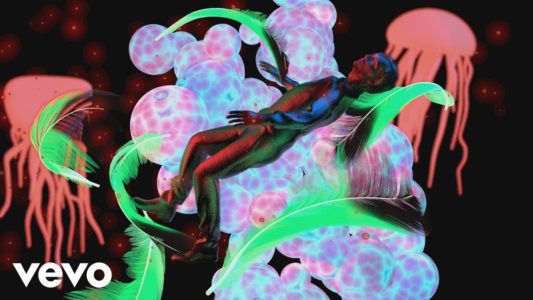