Our Interview with KRON 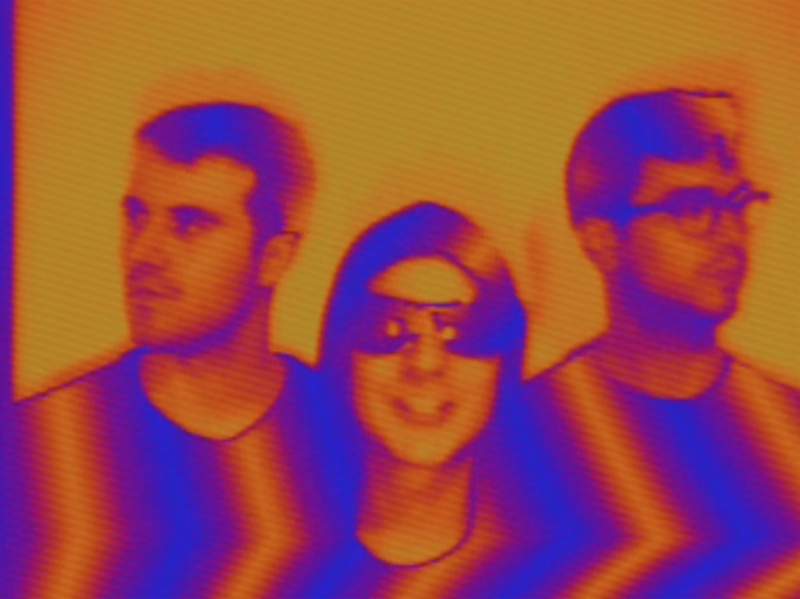 Forged in the searing flames of Los Angeles’ house scene, KRON is a trio made up of Michael Sherer, Sean Krell, and Sam Newell, who describe their sound as “Mortal Kombat-Safari House-Horror Synth.” United under a cyberpunk aesthetic, KRON released their debut self-titled EP on October 21. Included with the vinyl release is a pair of VR goggles to watch the trippy, wraparound music videos that accompany each of the EP’s four tracks. Their latest video, “Total Space Jam”, is a 4K, 360-degree trip through a William Gibson-esque cyberspace. The KRON EP precedes KRON’s forthcoming debut album, set for release in Spring 2017.

NT: What made you three commit to such a specific atmosphere / vision?

KRON: This is very natural to us we all love sci-fi and futurism, we are very into this dark atmosphere of techno/human crossover. The total space jam video idea is a more colorful and atmospheric take on that. A lot of cyberpunk fantasy is about being an outsider who is up against “the system”, KRON wanted to put a spin on that and create a fantasy about being the system.

NT: You guys describe KRON as “an audio visual powerhouse that turns the dance floor into hot-fucking-lava.” Is your music meant to be combined with a visual component, or heard in a crowded club?

KRON: Both. KRONs extensive use of visuals turns up the live experience and makes it even more fun to be in a crazy crowded club. We use projectors and lasers and fog machines, everything to transport you out of boring reality. When you are at a KRON show the whole room lives with our sound and vision, its an entire experience.

NT: What kind of process goes into making these songs/videos? Is the music made before the visuals, or do they come to you at the same time?

KRON: As far as the visual synth stuff it is all made around the same time. We all practice extensively together every week using audio and video gear. The videos are made far after and require a lot more prep.

NT: Do you think VR is the future of music videos, or is it doomed to be restricted to a niche audience?

NT: Has any science fiction book or movie in particular been an influence to you?

KRON: It would be very difficult to pin 1 particular influence down considering each one of us brings a slightly different aesthetic to the table. What I mean is I don’t think we could all agree on 1. Akira maybe???

NT: What do you want people to expect from your upcoming debut album? Any word on a track listing or more specific release window?

NT: The EP has some pretty immersive stuff. Have you thought about working on the soundtrack of a movie or game in the future?

NT: Thanks for talking with Northern Transmissions! Any message you want to leave for people coming to your shows?

KRON: EXPECT MORE LASERS and we are working on a tour hit us up and book us!