Interview with Celia Archer from The Big Moon 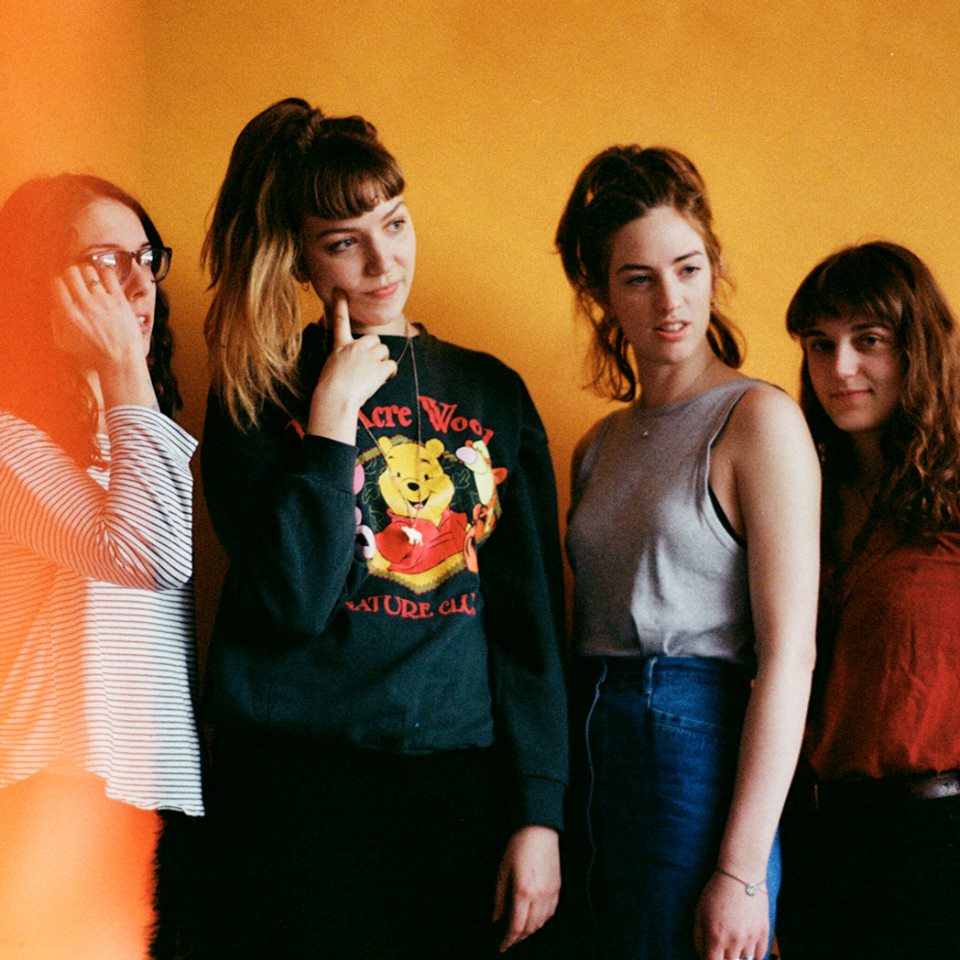 It’s been quite the year for highly touted Londoners ‘The Big Moon’, who burst onto the scene last April and truly hit the ground running with a song aptly named ‘Eureka Moment’. Now, they are readying their debut album entitled ‘Love in the 4th Dimension’. The band are also currently embarking on a US & Canada tour with stops in Toronto and Vancouver. We recently had the chance to chat with Celia who spoke to us about the bands hectic year and the making of the band’s debut album.

Northern Transmissions: The band’s newest single entitled ‘Formidable’, can you tell me about about that song and its creation?

Celia Archer: Yes! Well Jules [Juliette Jackson, lead vocalist and songwriter] wrote that song about a year ago, and I remember when she shared it with the rest of the group we were all really really excited about it and the first time we played it all together, it felt special and it came together really well. It’s about being there for people and being strong for people when they are going through a shit time. It’s quite emotional to play live actually and we have been playing it live for quite awhile and people have been singing it back to us at shows before it’s even released which is quite special.

NT: And it was released to coincide with the announcement of the debut album ‘Love in the 4th Dimension’.

CA: Ya it felt like right song to do that with, like a real statement of intent in a way. It shows some different strings to our bow.

NT: You are going to be hitting all the major stops on this North American tour, are you excited about the upcoming tour?

CA: Ya this is our first proper US tour, and hitting all the cities we’ve always dreamed of playing. We’re in New York right now, and then we go on to Washington, Toronto, Seattle and Los Angeles. We are all very very excited to be here.

NT: Will there be a video for the latest single ‘Formidable’?

CA: Yeah actually we’ve already shot it, we’ve been on tour basically all Autumn but we had a day off back in England and a friend shot it with us down in the Peak District. We spent a day in the cold, but it looks lovely and we are all really proud of it. With our other videos they’ve all been quite deadpan and tongue in cheek, and we wanted to make this one more serious without looking like a wanky band. I think we’ve towed that line quite well.

NT: With ‘Love in the 4th Dimension’, I know a lot of these songs you’ve had for a while and have been staples of your live shows. Is it daunting to finally lay down the definitive version of these songs and put them out on the album?

CA: Yeah, well we worked with someone called Catherine Marks (The Killers, Foals, Local Natives) who we had done a couple of singles with. She was the obvious choice to work with for the record, she’s brilliant to work with and knows how to faithfully capture our live sound. We only really had about 12 days to record it, and Catherine was only available for about 7 of those so it was a really quick process but nothing felt rushed. We record live, so we have basis of the songs after the first few days. We know what this is supposed to sound like and it’s nice to be sure of yourself, and with a limited time you don’t overthink it and just go with you guts. Thankfully all of our guts were saying the same things at the same time. It was gorgeous weather and we would zip out to the courtyard at the studio and just enjoy the sunshine which was nice. It was a unifying experience, and we came up with something we are all really proud of.

NT: To me, You seem like a real tight knit group. When Juliette was looking for musicians to join The Big Moon, was it important to her to try and find the right people as well as the right musicians?

CA: Definitely, The most important thing for her [Juliette Jackson] was to find people that she wanted to spend a lot of time with, and you go through a lot of things together as a band and care about one another and support each other through the process. It’s also important for it to be fun, and playing shows together is just the most fun for us. it makes all the other things we have to do worthwhile in a way because we can do it together and we get to have so much fun playing up their every night. It feels really nice that people get it and that it’s genuine, we do really care about each other and we are really good friends and that’s important.

NT: When ‘Eureka Moment’ came out, their was a lot of media attention around you guys. How exciting was that time and how did you guys manage to control the hype and attention you were suddenly getting?

CA: We had only been playing together for a couple of months before we put that out, and I had only joined the band about a week before we recorded that song. It was really great because it was that initial excitement of “Yes! We’ve found each other and let’s go record this song”. It felt right and it was exciting, and when that did start to get attention we were super excited, we rehearsed that day, and then put the song up and just watched the plays and follower counts go up which is amazing. It hasn’t been super crazy quick though, it’s been pretty gradual and we’ve been working really hard, and we have been lucky that it’s been positive and steady and we spent a lot of time getting it right. It doesn’t feel like that mad rush where you can’t control it but it feels good that hard work is paying off and it’s been steadily getting bigger for us.

NT: Thanks so much for taking the time to talk to us here at Northern Transmissions, enjoy the tour and we look forward to hearing your debut album very soon.

CA: No problem, thanks so much!

The Big Moon’s debut album ‘Love in the 4th Dimension’ will be released on April 7th 2017 via Fiction.

Catch The Big Moon on tour throughout North America this fall with The Japanese House.