After the recent release of her debut album Nice To Meet U, and a show at Rough Trade East, Pi Ja Ma is back with a video for the album track ‘I Hate U.’ The track is catchy, with sweet vocals to match, the video is a different story, described by the artist as a vengeful video, you’ll get the idea.

Directed by Florent W. Dubois, Pauline De Tarragon is transported back in time for an exclusive appearance on the latest fictional French TV Channel. As the performance progresses, her troupe of band members gradually become more and more distracted by the alluring TV host, enraging Pauline whose childlike innocence quickly morphs into revengeful malice. With a samurai sword in hand, crimson coloured chaos ensues as the singer channels her inner Kill Bill and attacks the unsuspecting musicians. Simply put: “the song is about a sadistic girl who wants to see her ex die a painful death. The moral of the story: you can love and hate someone in equal measure.”

Since the release of her debut EP Radio Girl, Pauline and producer Axel Concato have continued to write and produce music together. Pauline describes the nature of their partnership and how it influences their music: “We’re dumb dreams – we love to laugh. We like to improvise because music is the only place where you can do whatever you want.” 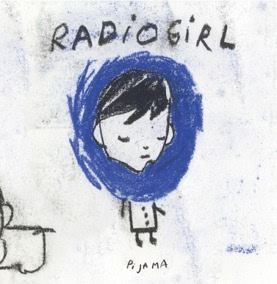