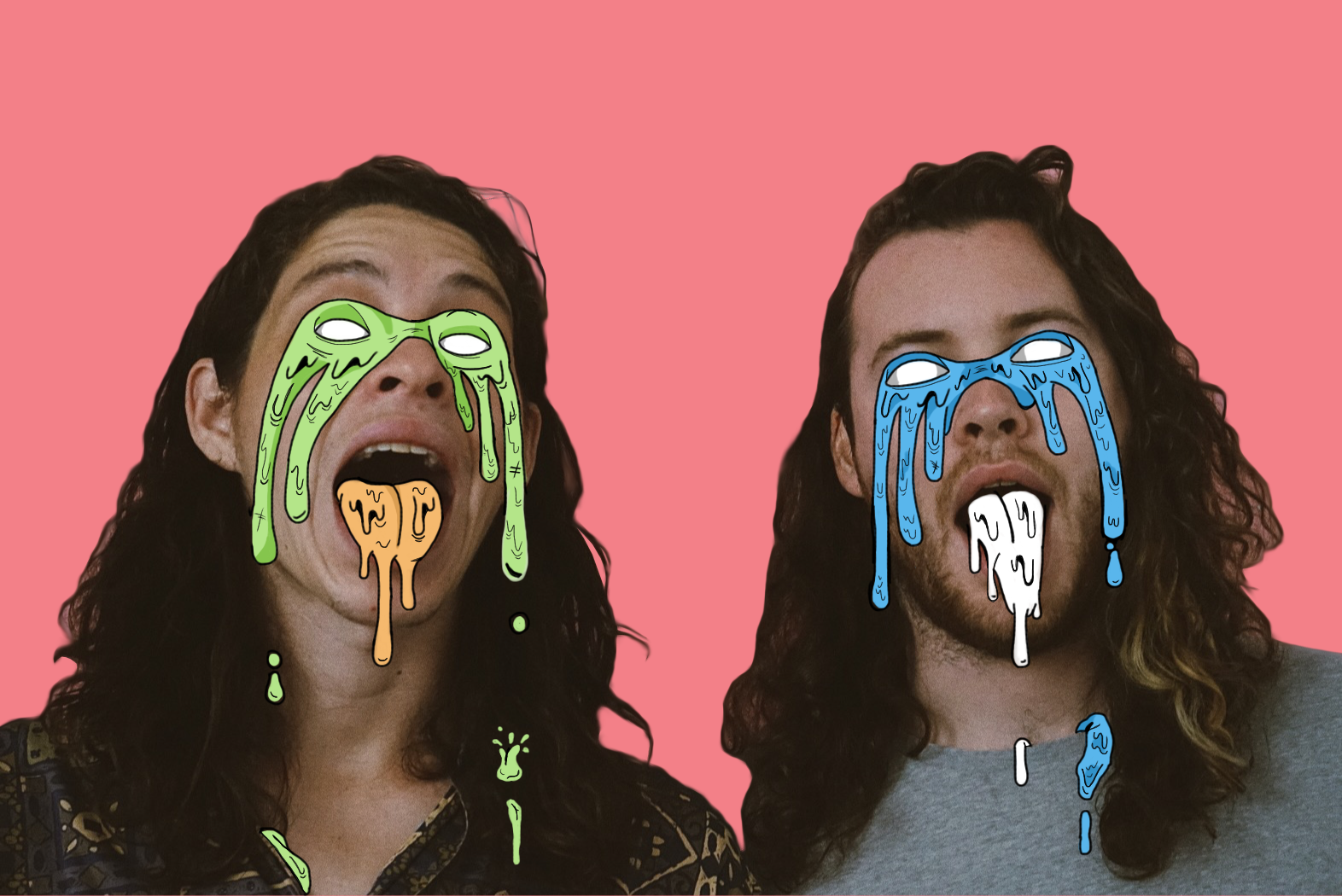 Acid Tongue’s forthcoming full-length, Babies, is due October 13 on Freakout Records. Guy Keltner told NYLON of the song’s inspiration: “Sometimes love is a rock, and sometimes love is an egg. I think most couples have this vision of growing old side-by-side and being all things to one another… The truth is, we’re all Tinder-loving, wine-gurgling, lonesome, depressed animals chasing what flees. We buy the first car that fits us, run the thing into the ground, and sell it off to the nearest teenager with a learner’s permit. Oh, to be young and in love!” The band recently released their new single “Humpty Dumpty”.

Acid Tongue has been gearing up for record release with a slew of shows in New York City, infatuating crowds with delightfully fuzzed up indie rock, quivering onstage energy and gritty quirk. Following aBrooklyn show on September 19 at The Gateway, the band will take off to tour Europe. They’ll return in November for festival plays including Off Beat in Reno and the 5th Annual Freakout! Festival in Seattle. Tour dates are listed below, more to be announced.

The band’s sound is heavily influenced by AM-radio soul, folk and psychedelic rock. The band is composed of Guy Keltner & Ian Cunningham – perverted in their youth by adolescent exposure to mind-altering substances and strange, spiritually-driven parenting techniques.

Babies was recorded in Seattle and Portland during the tumultuous 2016 election, Acid Tongue’s debut LP, aptly named Babies, is a soulful, stoney, heartfelt approach to modern psychedelia. Engineered and produced by Battleme’s Matt Drenik (Charlie Hilton, Battleme), the album provides a glimpse of blue-collar American soul warped by a crumbling American democracy and a rose-colored look back at 90s pop culture.

1. Intro (Completely Useless)
2. Humpty Dumpty
3. If I Really Loved Her
4. Dive
5. Accidental Drug Use
6. Something In The Water
7. Friend Like You
8. Talking In Your Sleep
9. Whatever Happened
10. Maybe Tomorrow
11. Why Can’t You Just Lie To Me