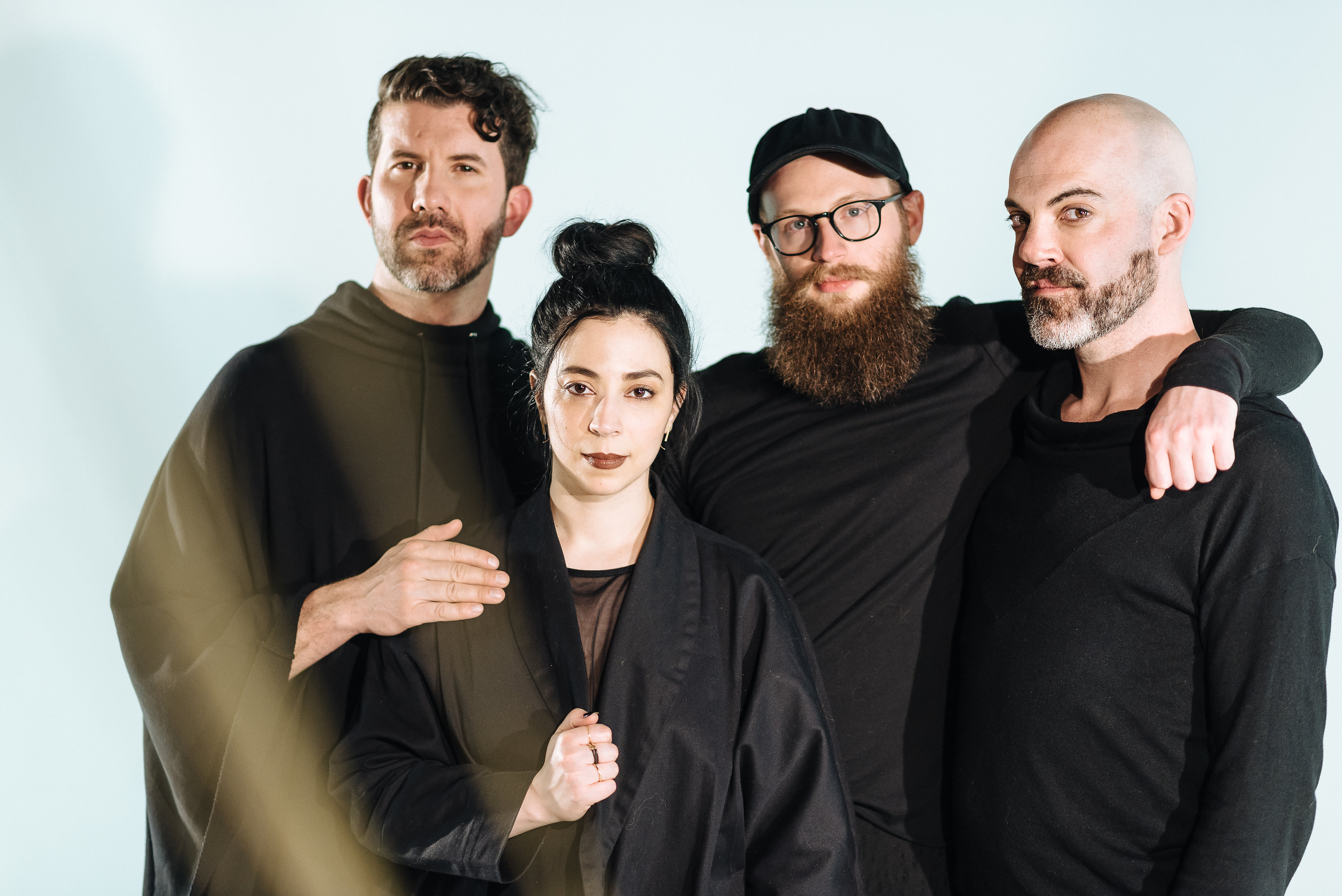 Washington, DC’s Humble Fire’s album Builder, comes out on July 14th. Today, the band is sharing their new single and video for “Taliesin”. The record, explores physical and emotional experiences around loss and reconstruction, from family deaths and failed romances to the shocks and stresses they have navigated as a band. Through those experiences, they’ve come to appreciate that reconstruction isn’t something you can tackle on your own: it requires an entire crew. Builder, then, is as much about that process of putting yourself back together, as it is about the relationships that can help or hinder that process. Since Humble Fire’s members have known each other over the past five or so years, they’ve all shown up for each other in different ways as part of that reconstruction crew. They’re lucky to have found family in each other in that way.

Somewhat accidentally, the album also ended up being about working out questions of identity. ‘Who am I now, in this world without my parents in it’, for example? ‘How can I take care of others without losing myself?’ When the band first listened back to the fully assembled album, they realized it had become a sort of therapy in working out some of those questions. More broadly, Humble Fire’s collective identity is also something they try to be very intentional about. As a DC-based band, they’re immersed in and identify with the tradition of DIY independence and social awareness typically associated with the politics of hardcore punk (despite not working in the genre). They strive to embody those values as a band as much as in their personal lives.

Humble Fire has a quite an interesting story behind it: The album owes its origins to Craigslist, which first brought guitarist Dave and singer Nefra together through another project and later recruited Xaq, bassist, who responded to Dave’s ad with a purposeful manifesto that will forever go down in band history. While not the band’s original drummer, Jason had long been a friend and active musician in the DC DIY music circuit before signing on in 2016. In its current form, the band celebrates the diverse musical influences that each member draws from–from bluegrass and classical, to punk and hip hop–weaving addictive rhythms and vulnerable vocals through tightly wound guitar and bass melodies.