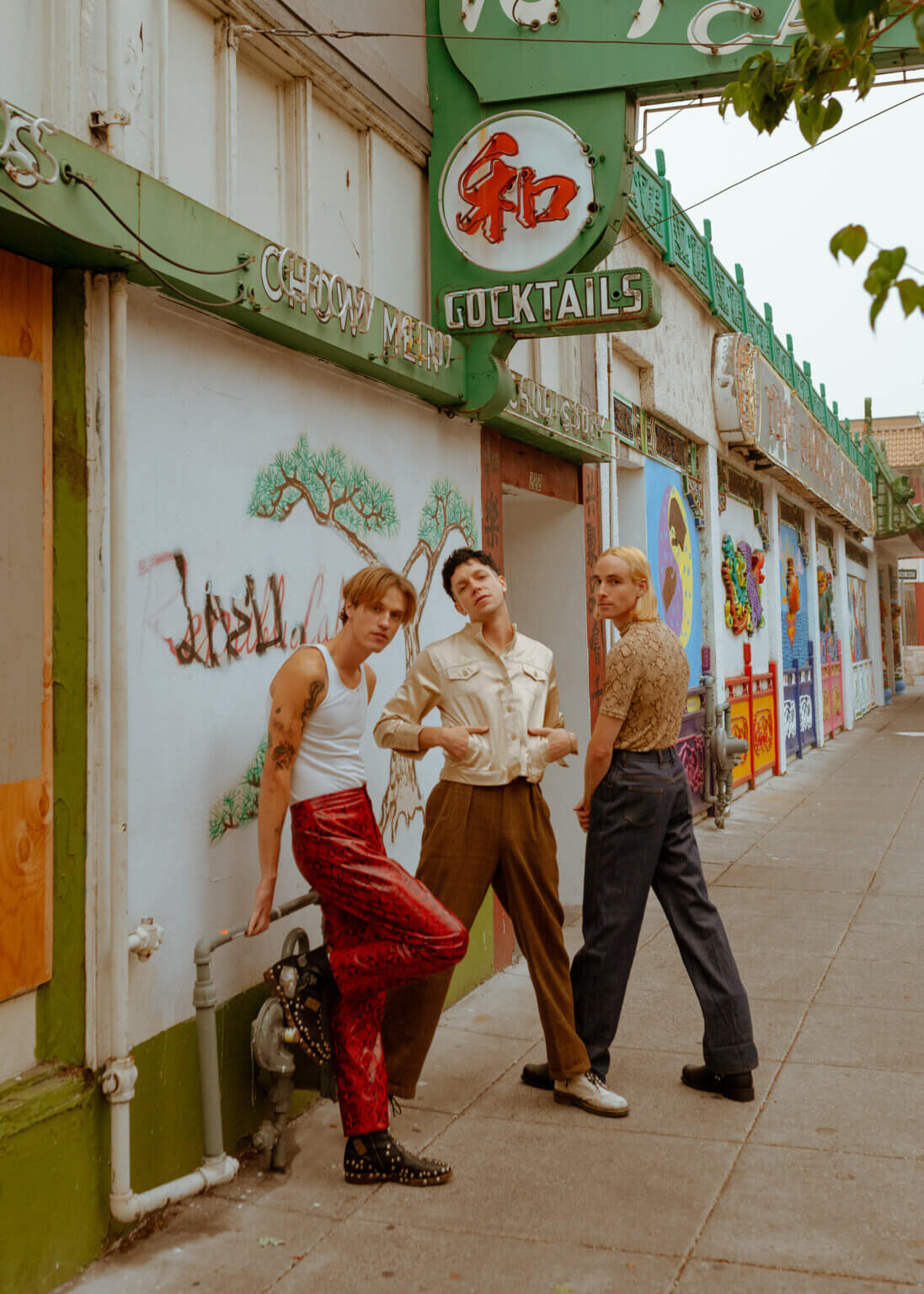 San Francisco band, Hot Flash Heat Wave, includes Adam Abildgaard, Nick Duffy, and Ted Davis. All three members of Hot Flash Heat Wave have known each other since high school, playing together in various incarnations even while temporarily spreading themselves out across the California landscape after graduating. After a few years in the scene, Abildgaard and Duffy eventually formed the band in 2010: “It was really just for fun,” Abildgaard explains. “We were doing it because it felt good.” Davis joined the duo shortly thereafter. Today, the band have released a brand new video for their single “Motions.”

Last year, Hot Flash Heat Wave released Mood Ring EP. The album was influenced by various artists, including My Bloody Valentine, Frank Ocean, New Order, and Toro y Moi.
“It’s the first record where we felt fully in charge of our sound and direction,” Davis comments on the creative strides made on Mood Ring. “We were writing more personal music, letting go of ideas about what we should sound like and exploring vulnerable, exciting places.” And the future only seems brighter from here: with a new LP coming in 2021, Hot Flash Heat Wave is preparing for the next step up the staircase in their absolute blast of a sonic trip, with determination to elevate their craft in the process.

“Everyone wants to be able to listen to a song they relate to when they’re feeling down,” Abildgaard says when discussing the band’s dedication to their music. “When we write these songs, it’s like a healing experience for me, and that’s what I want others to feel too.”

“This video is a juxtaposition of movement and emotion. It’s a non-linear journey across barren lands and cityscapes paired with abstracted vignettes that hint towards a deeper meaning of longing and allow the viewer to craft their own meaning behind the lyrics of the song. We were lucky to work with a wonderful crew of friends on this video over the course of 3 blurry and jam-packed days in LA and other locations around Southern California.”