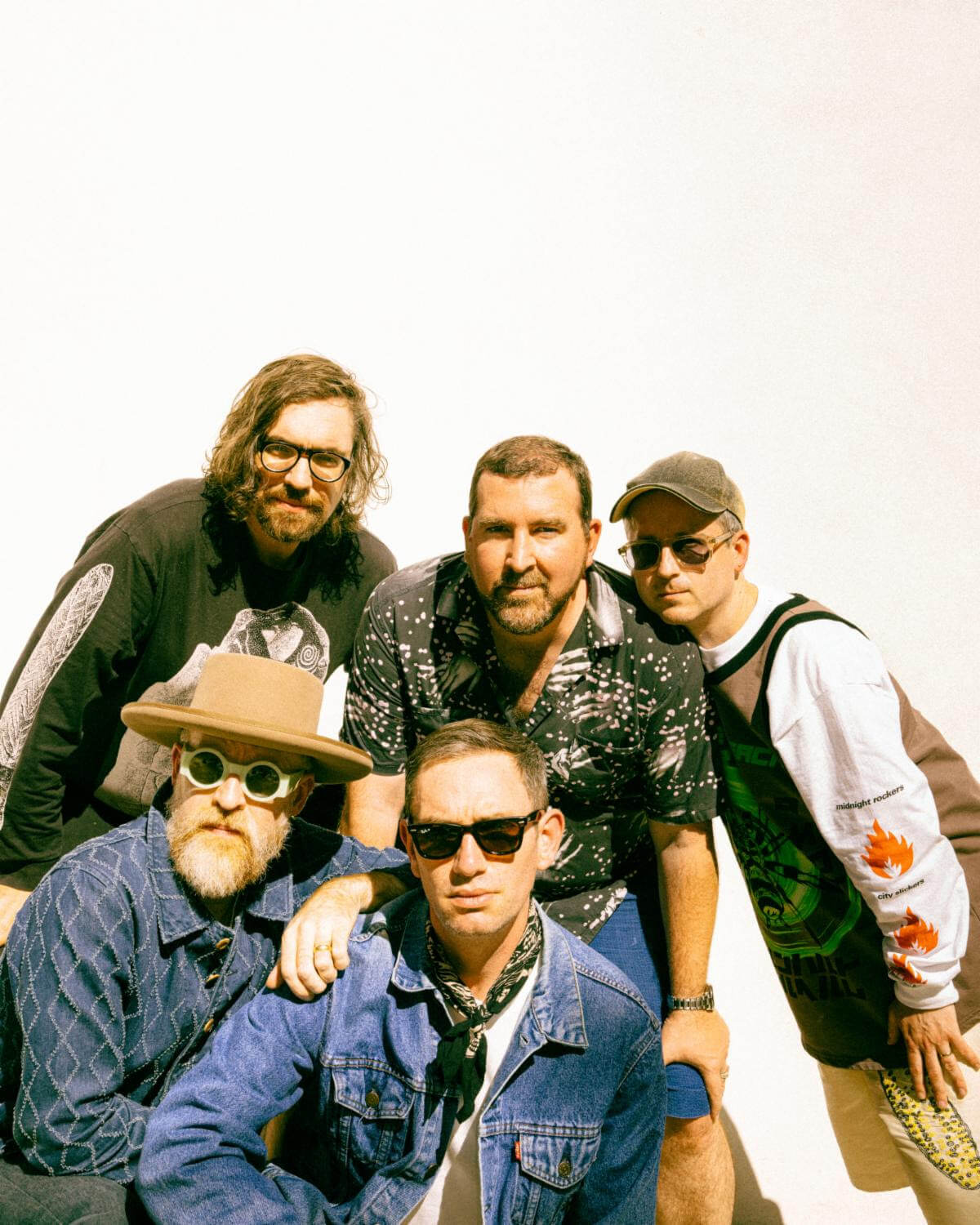 Hot Chip are happy to unveil the second single from their forthcoming eighth album Freakout/Release (due Aug 19th). Entitled “Eleanor,” it’s an absolute belter of a song whose taut pop swings with a classic gait not unlike Fleetwood Mac’s glory days. With a joyous soaring chorus: “Even if you believe that there’s nothing more / I feel heaven knocking at our door / Eleanor – evermore” that speaks to the resilience of people and the memories that remain.

Alexis Taylor says of the song: “It’s about the world smashing into you, waves crashing into you, all-encompassing pain, and how you have to walk through it. The verses are about separation when families are divided against their will. It’s about strong friends. It’s also about Samuel Beckett giving Andre The Giant lifts to school, and about how Beckett must have learned a lot from Andre’s wisdom.”

Joe Goddard describes the creative plan of attack as creating the album: “In a natural way, without too much discussion or a grand plan.” “Eleanor,” like several songs on Freakout/Release sound positively laser-focused despite their loose-hang origins: “These songs feel like accomplished pop songs, but it was just us making music in a room,” Al Doyle explains. “Those moments are a testament to how we’ve developed as songwriters and musicians ourselves.”

Hot Chip began work on a new record all together as well as reuniting them in the same room for the first time following their touring behind 2019’s A Bath Full Of Ecstasy. Fittingly, harnessing Hot Chip’s irreplicable live energy in a studio space was in the front of the band’s mind, as they found themselves particularly inspired by their cover of Beastie Boys’ “Sabotage” that’s become a setlist staple. “The idea of being out of control is always there in dance music, in a positive sense,” Doyle explains while discussing the cover’s influence on the new album.