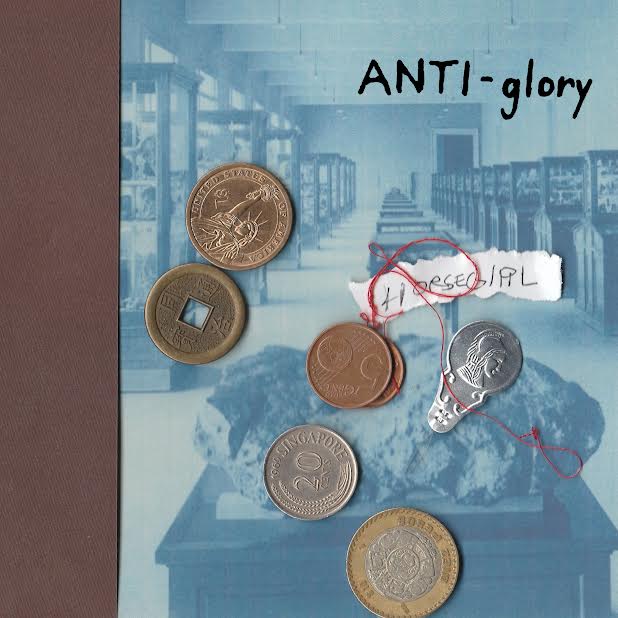 As a 47-year-old music journalist, there are two truths about rock music that help me keep enjoying it well past the time in my life when that infamous Harvard study tells me I should. Don’t know what study I’m talking about? Give it some time, I’m sure someone you know on social media is getting ready to repost it, but basically it says that the majority of people form their music tastes in high school and stop listening to any new music by the end of college.

Given that I started my college radio show at the age of 30, I have been able to buck the trend and live in a blissful arrested development when it comes to listening to new music. Anyway, these two truths are that (1) rock music will never die as long as there are teenagers willing to pick up instruments and bash them about until they make a thrilling sound, and (2) it has never been completely free of influence and as you get older it is important to remember that the heroes of your youth were nipping bits and pieces from their heroes.

I use this two-tiered belief system when I go searching for new bands, because I have learned that the first step toward becoming a great band is knowing who to be influenced by. I do not care if I can hear their influences. In fact, I want to hear them and more importantly what they do with them. There is not one icon in rock music that did not beg, borrow and steal at the beginning of their career. You have to – it is how you learn. The whole process is a chemistry experiment with sound, mixing different parts to find what you are made of.” And we are all the better for it. Where would we be if the Stones hadn’t copped all the tricks and licks of Chuck Berry, Muddy Waters and Bo Diddley? The important thing about influences is that they are used as the foundation upon which the band builds and creates something new. Horsegirl, an exciting new trio out of Chicago, can be cited as living proof that both these truths are in fact true. They have just released their debut, Versions of Modern Performance, on Matador Records, which I am predicting will be topping many Best Album of 2022 lists six months from now.

Barely out of high school they already sound like seasoned veterans. A lot of that probably has to do with the tight bond between the three members: Penelope Lowenstein (guitar, vocals), Nora Cheng (guitar, vocals), and Gigi Reece (drums). It is also a glowing endorsement for the Chicago youth arts programs where they met. Since the beginning, the three best friends have built the band around the idea of sharing all creative decisions together, like a new art-rock trinity.

For people my age Versions of Modern Performance is like a nostalgic dream, but do not confuse this album for some retread of the 90s alt-rock cannon. It stands on its own legs, as part of the ongoing saga of rock music, a 21st century reinvention of that which has come before. The nostalgia is not for any particular song or band, but for a time and a feeling, when we were young and discovering the music that was our own. Songs like “Dirtbag Transformation (Still Dirty)”, “Option 8” and “World of Pots and Pans” distill everything that made the rock music of the 90s so great, without ever sounding redundant. The whimsy of Pavement, the experimentation of Sonic Youth, the cleverness of Sleater-Kinney, the attack of Archers of Loaf, the ethos of The Breeders, it’s all in there somewhere, in what feels like some sort of osmosis with sound. This is not mere mimicry, it is coming from deep within their DNA. Obviously some of these bands are the foundational groundwork for Horsegirl, as they themselves have acknowledged, and the fact that producer John Agnello (Kurt Vile, Dinosaur Jr.) has also worked with most of those bands in his five decades long career only cements the fact. Then again some of them are probably my own projections onto the music as it hits my eardrum. That is the beauty of art, it can be whatever we need or want it to be.

For people closer to their age, Horsegirl has created a bifunctional sonic time-machine that effortlessly transports them to another time, while also planting them squarely in the present, helping to create the next wave in the space-time continuum of rock music. They are archivists and explorers at the same time, steeped in a rich tradition that this album will help keep the fires burning for. I can see this being a cornerstone album in the soundtrack to my daughter’s high school years. A fresh sound full of wonder and creativity for her and her friends to discover. I look forward to listening to it with her and seeing which songs stand out to her ears, free of any reminiscing about the past. “Beautiful Song”, the second track, immediately won me over. It starts out with the repetition of the phrase “For blinking men” over and over until suddenly the song is about a fly trapped in a car. For the life of me I cannot tell you what the two have to do with each other, but it does not matter. The vocal delivery combined with the repetitive melody and the propulsive percussion are all I need to be happy.

To be honest I’m not sure if any of the lyrics on the album are meant to be very straight forward. They are left wide open to interpretation, which is fine because you will initially be too focused on the music to worry about deciphering them. These talented musicians can really play their instruments, blending styles and sounds together for just over half an hour, creating the perfect backdrop for the opaque lyrics. Another personal highlight is the instrumental interludes that are placed throughout the album which serve double duty as pleasant palate cleansers, while also showing off other playful sides of the band, particularly the piano ditty “The Guitar Is Dead 3”. By the time you get to the end of the full on shoegaze rave- up “Billy” that closes the album, you will not only be hooked in, but clamoring for more, regardless of when you graduated high school.