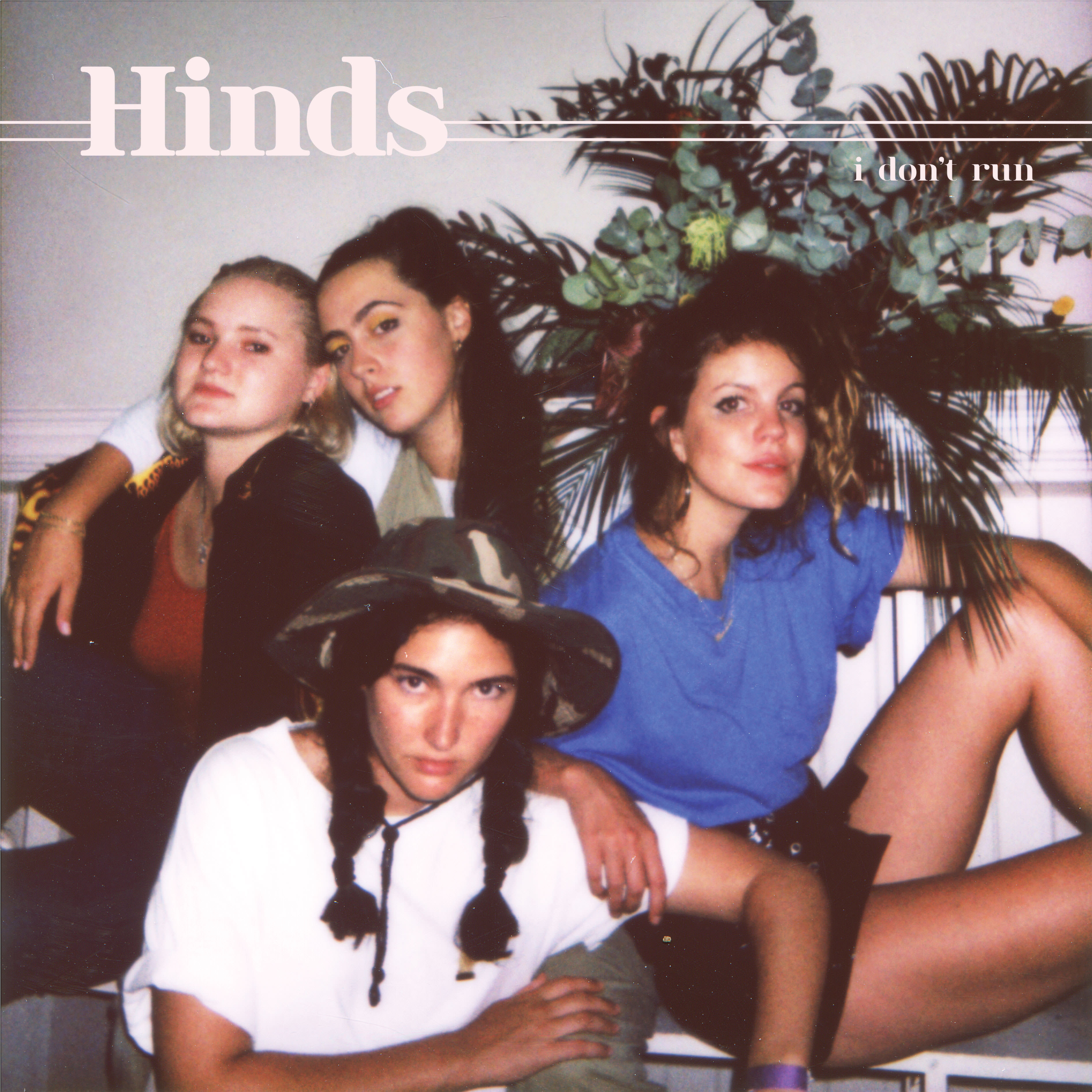 Madrid’s very own favourites Hinds, have announced their new album I Don’t Run will be out April 6 via Mom + Pop. Co-produced by Hinds and Gordon Raphael (The Strokes, Regina Spektor), and engineered by Shawn Everett (Alabama Shakes, Perfume Genius, The War On Drugs, John Legend). Along with the news of the release, Hinds have also announced new North American tour dates today, starting March 18th at SXSW.

Today Hinds share I Don’t Run’s first single entitled “New For You,” alongside a music video that sees the band dominate the fútbol field. The track features guitarist and vocalist Carlotta Cosials practically screaming “Sometimes I see myself and I can’t stand my show!” before a pining chorus in which she promises to be her best self. Beneath the breezy melodies lies a damning self-criticism; a bold and honest side to Hinds we haven’t seen.

Leave Me Alone was an album of party anthems drenched in metaphors. With Hinds’ forthcoming sophomore record I Don’t Run, some might expect them to write songs about being happy, young and carefree – “but we’re not satisfied with that,” explains guitarist and vocalist Ana Perrote. “On this album the struggles are clear. We want to be brave.” I Don’t Run is Hinds’ return with an honest reflection on a period that changed their lives beyond their wildest imaginations.

“If you’re looking for mistakes Hinds is your band,” says Cosials. “We make mistakes but we really are proud of what we have and we wanna prove the doubters wrong.”

After everything they’ve overcome, one might think a band like Hinds would have second album jitters, but think again. Hinds are chomping at the bit and with defiant confidence. “We loved making this album,” says Perrote. “We knew what we wanted and we have what we wanted. This is a new start for us and we’re fucking ready.”