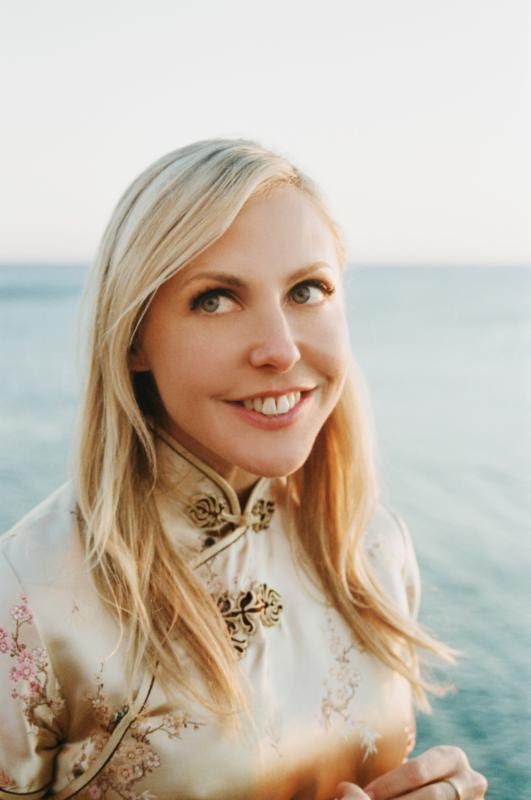 Blake Hazard (The Submarines) has shared a new single “Hey (Styrofoam remix)”. The track surrounds Hazard’s dreamy, hypnotic vocals with Styrofoam’s delicate electronic flourishes and synth patterns. She describes the single as “a song of reassurance to a lover about the past. It can be tricky finding a way to respect each other’s histories in love, to not feel threatened by them in some way, at times.”

“Hey” is the second in a series of singles and remixes that will be released in 2017. The studio version was recorded in Los Angeles with producer Thom Monahan (Vetiver, Wild Nothing, Fruit Bats) and the remix was produced by Belgian indie-electronic artist, who has previously produced remixes for Ben Gibbard, the Postal Service, and the Submarines, among others.

Last month saw the release of “Before The Ice”. It was remixed by Xander Singh (formerly of Passion Pit and Pepper Rabbit).

Blake Hazard is one half of indie-pop band The Submarines. She released her debut solo album, The Eleanor Islands, in 2013. Prior to releasing “Hey” and “Before the Ice”, Blake released the tracks “Little Situation” (for the 30 Days, 30 Songs campaign before the American election) and “Headphones For The Holidays” (for Amazon Music’s “Indie for the Holidays” original playlist).

Blake’s musical career began while she was in her teens by playing in New York City subways. She eventually began playing smaller clubs and then made her way to Boston to study at Harvard University. There she continued to play live, and eventually met John Dragonetti (Jack Drag). The duo moved to Los Angeles, and broke up in 2005. After hearing the songs that each had written about their parting, they reunited to form The Submarines. The Subs went on to make three records and remix EPs for the Canadian label Nettwerk Records. The band toured the US and Europe many times, making festival and television appearances, with their songs licensed extensively for film and TV worldwide.