Hana Vu, has shared “Gutter,” the latest single off of Public Storage, her debut record on Ghostly International, due out next Friday, November 5th. “Gutter” sees the Los Angeles artist leaning into the alternative media she consumed during her youth. Of the song’s inspiration, Vu says, “I used to watch these YouTube videos called Tales of Mere Existence by Levni Yilmaz when I was in middle school and then rediscovered them while writing this record. I actually wrote him a letter when I was 12 … this song is based on one of his shorts.”

Vu, calls it “very invasive and intense sounding music,” refreshingly out of step with contemporary trends; this is music to engage with rather than lean back to. For the first time, she welcomes a co-producer, Jackson Phillips (Day Wave), who helps Vu create a vast, grainy, multifaceted world to stretch into vocally, her distinct contralto drifting freely between evocative low-lit ruminations and soulful, skyward bursts.

Hana Vu will celebrate the release of Public Storage with a live performance at Chicago’s Tomorrow Never Knows Festival on Wednesday, January 19th at Schubas Tavern. 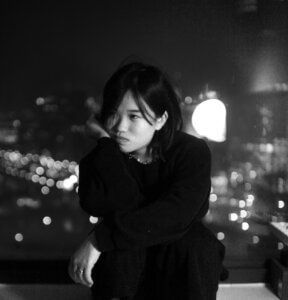