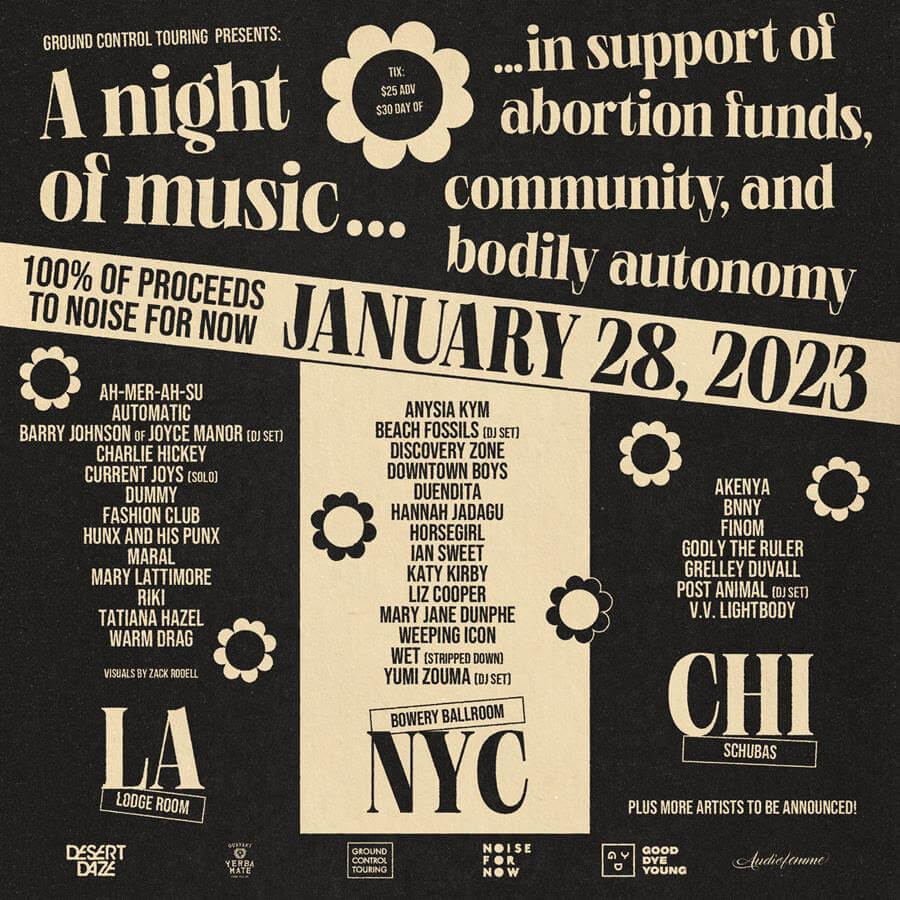 Ground Control Touring and NOISE FOR NOW benefit concerts.
Share on TwitterShare on PinterestShare on PocketShare on RedditShare on FacebookShare on Email

Ground Control Touring has announced that it has teamed up with NOISE FOR NOW, a non-profit specializing in reproductive justice, to take action and bring awareness with its Abortion Funds Benefit Series. The series spans three cities, coinciding on Saturday, January 28, 2023 – Los Angeles at Lodge Room, New York City at Bowery Ballroom and Chicago at Schubas.

Each event will feature a special night of music and festivities in support of abortion funds, community, and bodily autonomy. 100% of proceeds will go to NOISE FOR NOW who will then allocate the funds raised to local independent abortion clinics and abortion funds in each region. Tickets go on sale this Wednesday, December 7 at 10AM local.

NOISE FOR NOW is a national initiative that enables artists and entertainers to connect with and financially support grassroots organizations that work in the field of Reproductive Justice, including abortion access. Since its inception in 2017, NOISE FOR NOW has worked with 340 artists and entertainers to raise 1 million dollars for partner organizations, with $500,000 distributed in 2022 alone.

Check out music from artists playing the event and grab your tickets below: