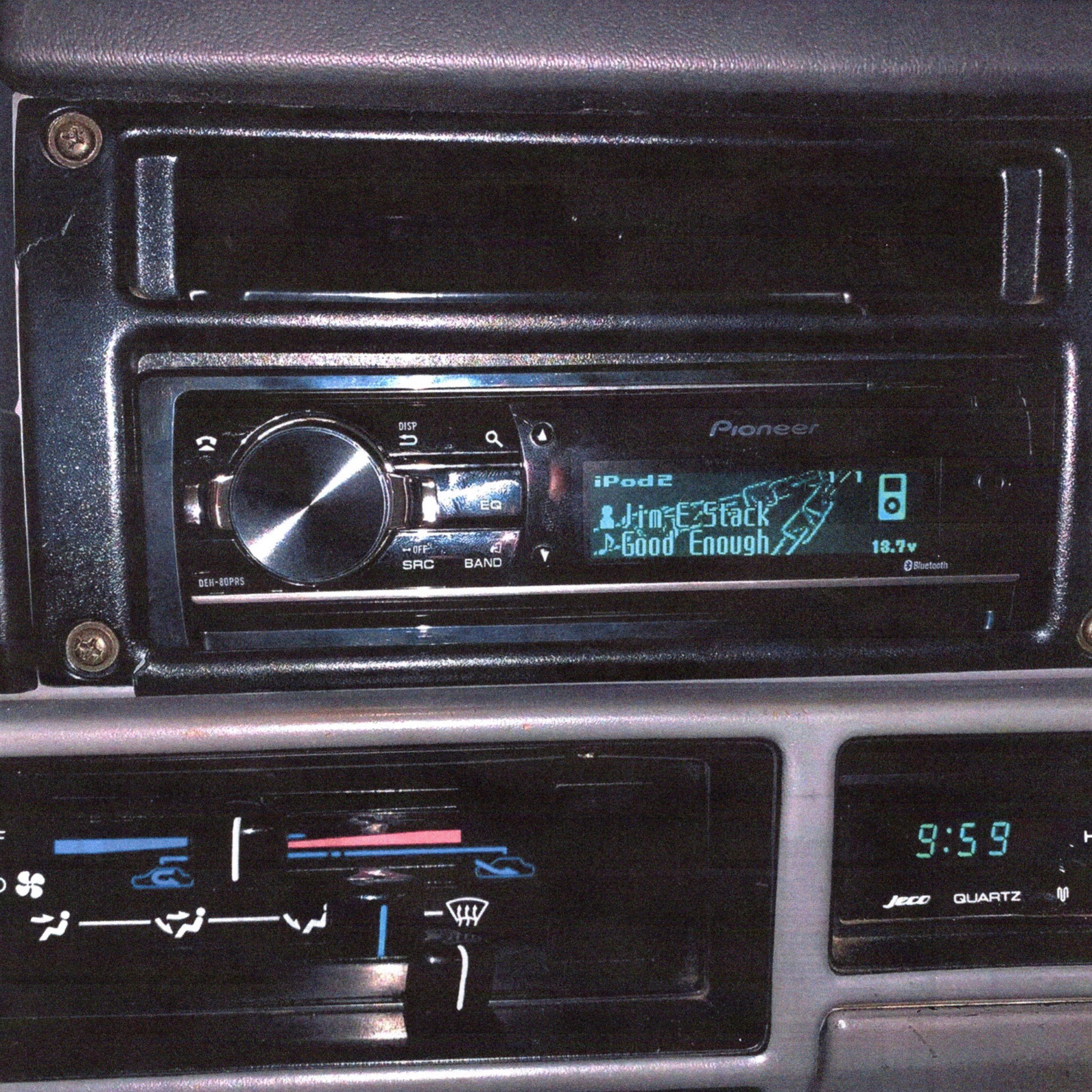 James Harmon Stack AKA: Jim-E Stack grew up in San Francisco’s Inner Richmond, where his passion for music evolved from playing in garage rock bands and school jazz bands to making beats inspired by Daft Punk, Burial, J Dilla, Timbaland, and The Neptunes. As a senior in high school, Jim-E began DJ’ing, by sneaking into clubs and lobbying promoters. Since 2010, Jim-E has lived in New Orleans, New York City, and Los Angeles, and credits his time in each city with reshaping his music. In New Orleans, where he improved his production skills. In New York, he continued to evolve and refine his sound as he toured opening for acts like Shlohmo and Bonobo. Finally, in 2016, Jim-E returned to his native coast after spending time in Los Angeles intermittently collaborating with songwriters, producers and artists. He’s since contributed to songs by HAIM, Diplo, Empress Of, Perfume Genius, Rostam, Charli XCX, Caroline Polachek, and Kacy Hill.

“Good Enough” features Ariel Rechtshaid on keys, and Danielle Haim on the guitar. The song is a dedication to Jim’s mom, who raised him and his sibling.

“I’ve grown so much—in all different directions—from working with other people the past couple years. Stepping into someone else’s word also brings them into mine. An idea that starts in my apartment takes a trip I never could’ve planned and ends somewhere I didn’t know existed. That’s how ‘Good Enough’ came to be.”