Free Cell begins in isolation. Lina Tullgren’s guitar picks a delicate, slow-moving melody out of silence. Sweeping strings and brass echo out to some far-away horizon. In this moment, on the title track of Tullgren’s second album, they sound like the only person left in the universe. Fittingly, Free Cell is named after a game of solitaire. Tullgren (who uses gender neutral pronouns) played the game compulsively while on tour for their first album: “Unlike normal solitaire, Free Cell can always be won,” Tullgren explains. “It’s all about organization.” Free Cell, the album, stems from that same quest for order; writing the songs became a way of sorting through emotions before moving on. Every game of solitaire is played alone — and at the end, there’s always a moment when everything snaps into place. 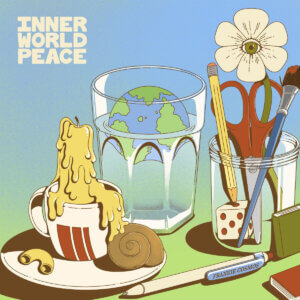