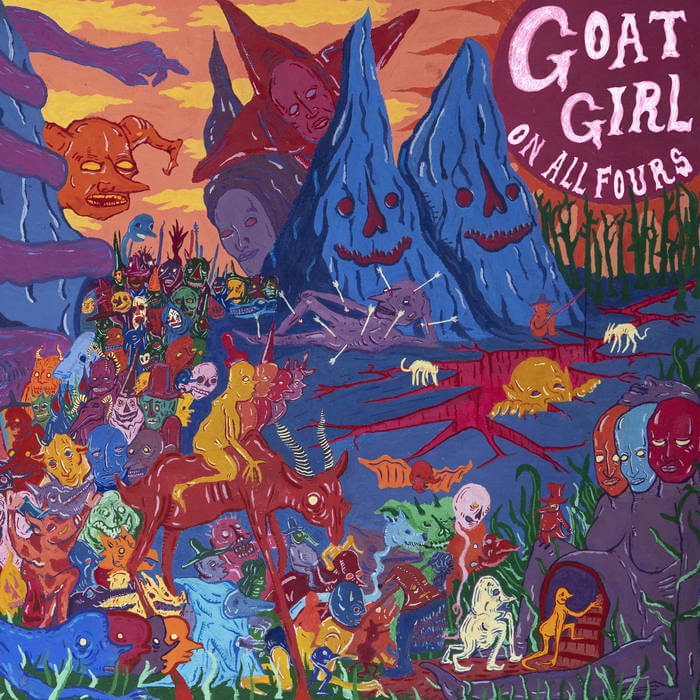 The term “post punk” gets thrown around quite a bit these days. The UK music press has anointed the genre as the new big craze and the bands they deem part of this scene could’t be more diverse. The term is an umbrella hanging over the heads of such bands as black midi, Black Country, New Road, TV Priest and, most recently, Goat Girl. The South London band may fit into that conversation that music publications may want to have but to try and classify this group is doing them a huge disservice.

Their lauded debut self titled album, which dropped in 2018 courtesy of Rough Trade Records, was an amazing introduction to their talent but with their sophomore release, On All Fours, the band has refined what they did already so well and expanded on it, crafting one of the best records you’ll hear this year. Produced with Dan Carey (Kate Tempest, Black Midi & Franz Ferdinand), On All Fours, captures the band exploring their song forms and coming out of it all with something wonderfully challenging, beautifully discordant and immensely hypnotic.

Goat Girl really want to take you on a journey with this album, and it is something that you should listen to as a whole to really appreciate what it is that they do so well. Each song eschews formula in hopes of something more interesting. The record kicks off with “Pest” and some clean and chiming guitar and the vocals of, the very awesomely named, Clottie Cream and L.E.D. before the drums kick in with a ramshackle groove and a busy arpeggiator hums in the background, keeping you on your toes. One of the interesting things about the record is that there seems like there is a ton of tracks blazing through every song’s mix but it somehow remains sufficiently airy. The amount of breathing room in each of these songs really allows them to sink in and bury themselves into your brain. “Badibaba” is all bubbling bass lines and syncopated four on the floor drums before it opens up into something that is a kin to feeling a bit underwater with its stop and start groove. The synths hover in and out, feeling circus-y and a little sinister but it is all balanced by the bands immaculate harmonies. “Jazz (In The Supermarket)” has a wonderfully hypnotic vibe to it that goes even deeper in the later half of the song when the band drifts off on a jammy groove replete with subtle percussive flourishes. “P.T.S. Tea” has a lounge-y feel off the top with some ancient sounding synth horns and a wobbly guitar refrain. It’s one of the interesting things about the album is you can get so involved in a certain part that is repeating in the mix while consistently bopping along to the entire proceedings. One of the album highlights, “Sad Cowboy”, has a distinctly 80s vibe going for it with some Stranger Things-esque synth play off the top before the tight groove hits and it takes you back to something that wouldn’t be out of place on a Hot Chip or a Rapture album from over a decade ago, all the while sounding fresh.

Throughout the album the band takes on such weighty topics as the climate crisis, government hypocrisy, amongst much more but the record doesn’t ever seem preachy. The group writes politically but doesn’t let their message bog down their music. The whole thing has a weightlessness to it, so much so that their message will hit you when you are attuned to hear it. Even though it runs almost an hour in length, there shouldn’t be any moments that you will want to skip. Goat Girl keep things too interesting to allow that to happen. Even though the band may be lumped into a certain trend, On All Fours proves Goat Girl can easily transcend any pigeonholing that may be thrust upon them. It’s an assured outing and one that will prove to be one of the more special records we will hear this year. 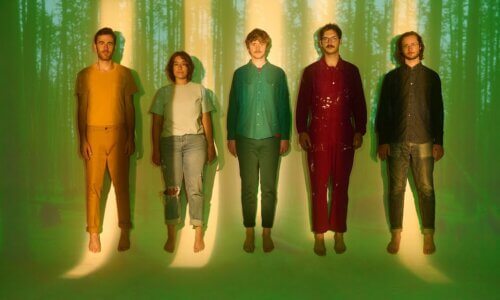