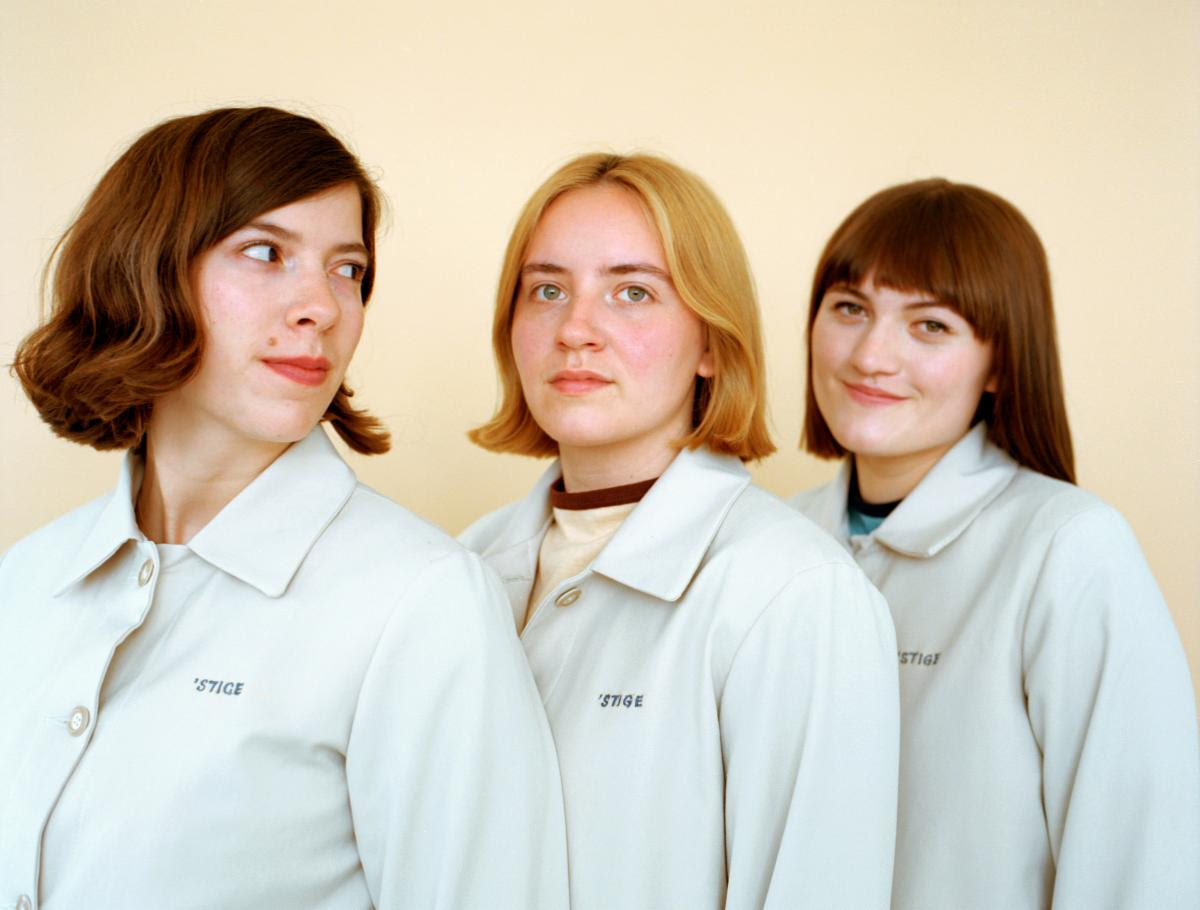 Girl Ray drop drop their new Album Girl on November 8th via Moshi Moshi. Ahead of the release, the UK band has shared the lead-single and Title-track. Poppy Hankin said the following about “Girl”: “Well what’s it about? An intense crush where you lose all reasonable brain thoughts and can’t conceive why the hell things shouldn’t work out in rom-com style perfection. This one is for you to roll the windows down to on those hot hot hot summer days. Blast it loud blast it proud.”

Girl was recorded at Electric Beach Studios in Margate with Ash Workman (Christine and the Queens, Metronomy) and is a delightful, sun-kissed tribute to the band’s love of pop and R&B. It was Ariana Grande’s explosion into pop culture that kickstarted a new era for the three-piece, comprising Poppy Hankin, Iris McConnell and Sophie Moss.

Girl
Show Me More
Just Down The Hall
Because
Let It Go
Takes Time (feat. PSwuave)
Friend Like That
Keep It Tight
Go To The Top
Beautiful
Like The Stars