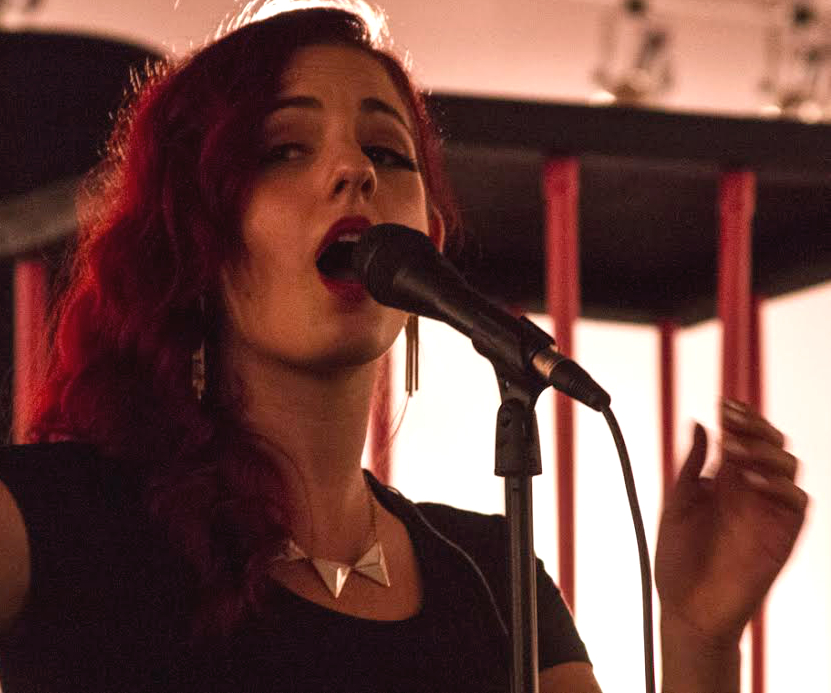 Stunned and Saddened when they learned about the terrorist attacks in Paris, Tetra and her co-writer/producer, Ben Cohen, felt compelled to put down on paper their feelings on existentialism and mortality. “Slipping through the cracks in my fingers. Sink into the ground underneath. Do you believe in Ghosts?” The verses were inspired by the brutal impermanence of time while the chorus attempts to find solace in the idea of continued consciousness.

Tetra is an electro-pop singer-songwriter who sings evocative lyrics over atmospheric soundscapes and intricate beats. And music is in her blood.

Developing a love of music at the knee of her concert pianist grandmother and her barbershop quartet singer grandfather, Tetra started private classical vocal training at the age of 6. As she progressed in her musical maturity, her studies evolved into jazz choirs, rock bands, and musical theater.

Tetra went on to study at the prestigious Berklee College of Music. While there, a fortuitous turn of events caused her to begin collaborating with singer/songwriter/producer, Ben Cohen. They have since worked together seamlessly, developing a unique sound based on forthright and honest lyrics, indelible hooks and innovative production elements.

The bold, evocative stories and situations peppered throughout Tetra’s music induce its listeners to lose themselves equally in the atmospheric melodies and in reflection. She has been compared to similar artists gifted with a sense of creative storytelling, such as Purity Ring and FKA Twigs.

Now based in LA, Tetra, Tetra released her first 7-song Meter EP In the summer of 2015, along with “Ghost” both are now available via Bandcamp, and other digital platforms.