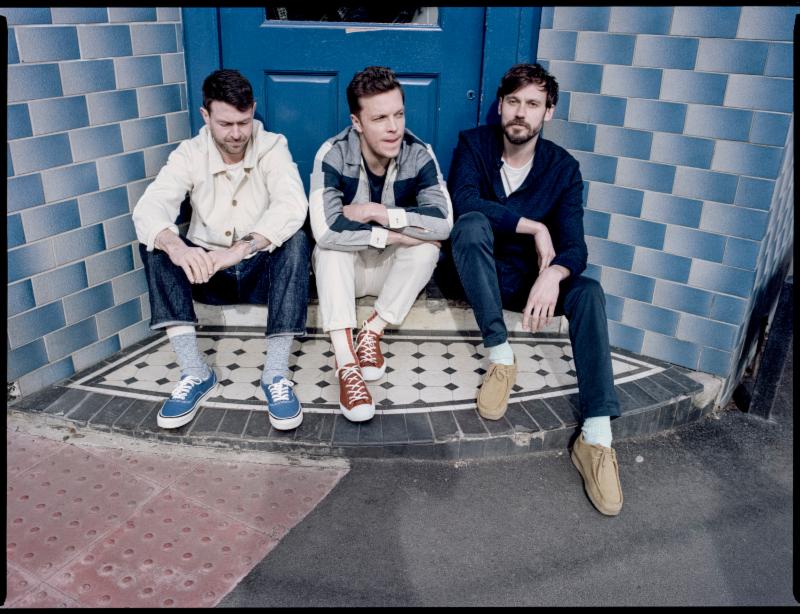 Friendly Fires have returned with their new single “Heaven Let Me In”, the track is co-produced with Disclosure and was written in one late night session at the lauded electronic duo’s north London studio.

“‘Heaven Let Me In’ is a song about being comfortable in your own skin. When you stop trying so hard and embrace your imperfections then opportunities arise and doors open.” “Heaven Let Me In” is the second time these artists have collaborated — Friendly Fires frontman Ed Macfalane previously contributed vocals to Disclosure’s debut album (on “Defeated No More”).

Friendly Fires is comprised of Ed Macfarlane, Edd Gibson and Jack Savidge – returned to the recorded music and live arenas this year following a hiatus. First came the anthemic, Mark Ralph-produced, “Love Like Waves,” Then launching into a summer of high profile festival appearances. Friendly Fires would go on to headline some of the UK’s best loved festivals – including Festival No 6, Lost Village and Truck Festival.