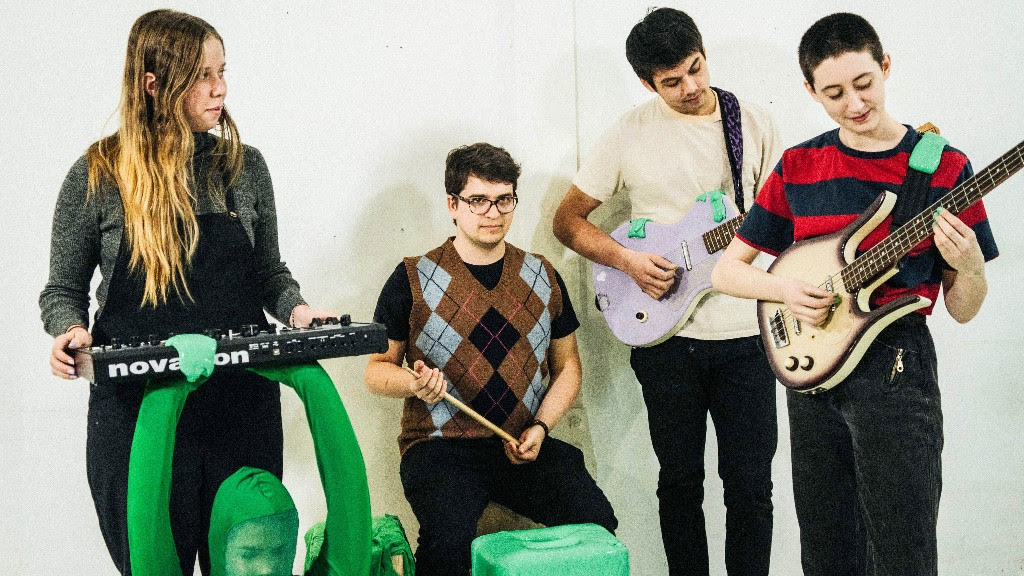 Frankie Cosmos will release their Sub Pop debut album Vessel on March 30th. The full-length combines Greta Kline’s distinctive voice enriched by her bandmates– bassist/vocalist David Maine, keyboardist/vocalist Lauren Martin and drummer Luke Pyenson, who each played a role shaping the sound of the new record. On the album’s first single “Jesse,” Kline works through feeling out of place, and trying to be more psychically in touch with herself. One of the early songs from Vessel that the band arranged, “Jesse” was tied together musically by the melodic and agile lead guitar playing of Alex Bailey, who later joined Frankie Cosmos full-time on bass. You can listen to “Jesse”

To record Vessel, Frankie Cosmos traveled back up to Binghamton, New York to work with Hunter Davidsohn, the producer and studio engineer who helped craft the sound for Zentropy and Next Thing, at his studio Business District Recording. The band spent 3 days upstate live-tracking drums, bass, and guitars, as well as vocals, favoring the spontaneity of reel-to-reel tape over the meticulous perfectionism caused by recording digitally. Several songs are instrumental first or second-takes, highlighting a newfound collective energy felt by the band’s four members after months of touring, practicing, and arranging together.

For the next phase, Davidsohn joined the band in Brooklyn to record harmonies, keyboards, and other overdubs with Carlos Hernandez and Julian Fader of Ava Luna at their studio, Gravesend Recordings. As Frankie Cosmos started testing out new songs for Vessel on the road, the band invited members from their fellow touring bands to join them on stage to sing or play parts on tracks like “Being Alive” and “Jesse.” Once in the studio, the band decided to invite those same friends and more to contribute parts to the final recorded versions: Alex Bailey (formerly of Warehouse, who has replaced David Maine as a permanent member of the live band), Vishal Narang (of Airhead DC), and singer/songwriter Anna McClellan. After a total of 6 days of recording followed by group mixing sessions, Davidsohn put the finishing touches on the album back upstate and eventually sent the completed album to Josh Bonati to be mastered.

The band will embark on a US tour in support of Vessel on April 5th in Boulder, CO with stops in Santa Fe, Phoenix, Los Angeles, Santa Ana, Berkeley, Seattle and Portland. Support on these shows will come from Lomelda, Ian Sweet and SOAR. More dates to be announced in the coming weeks.