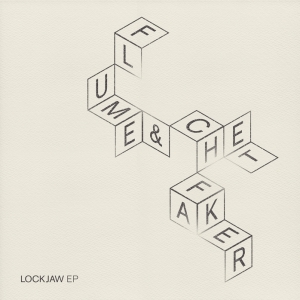 It was announced today, that two of Australia’s most talented prospects have collaborated on a standalone release. Producer Flume and left-field crooner-on-the-verge Chet Faker will release the “Lockjaw” EP on November 26th via Future Classic.

Having worked together on “Left Alone,” the plan for a collaborative release was hatched when they toured together on the 2013 Laneway Festival. Shortly after, the two headed to Narre Warren and Sandy Point on Australia’s South Coast for a four-day writing binge.

A1. Drop The Game

A2. What About Us

B1. This Song Is Not About A Girl