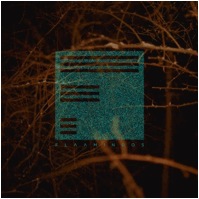 Pounding analog drum machines. Rumbling basslines that are as moody as they are thoroughly danceable. Atmospheric washes of echo-laden synth textures. Jangling guitar sounds, and choruses that resonate with emotion. Listening to Flaamingos‘ self-titled debut album, out August 27th on Last Gang Records, you’d be forgiven for thinking that it might come from the north of England, or somewhere else where the skies are consistently leaden and everybody always wears black. In fact, it’s the work of a bunch of (black-clad) Angelenos. Flaamingos are the latest signing to Last Gang, and their music drags the classic sounds of their favorite bands into the 21st century, in the process creating a sound that’s entirely their own.

The band was formed by Jerry Narrows (vocals, drum, programming) and Daniel Koontz (guitar, bass, synth) — the two played together in psych and shoegaze bands as youngsters, before going their separate ways and working in other musical projects for a time.  They bumped into one another at an Echo Park party spot in 2011, and decided to collaborate again — this time, however, their work involved crafting a new sound that would include traces of their past psych/shoegaze inclinations, but also drew on newer-found love for krautrock, post-punk, synth pop and new romantic shimmer. As Narrows told LA’s TPR Mag last year, “We have both post-punk and psychedelic sensibilities. I’d say we’re heavily influenced by the poppier side of both ‘genres.’ Of course we have our influences but in the end we’re not really going for such a specific target with our sound — we’re trying to create something greater than the sum of its parts.”