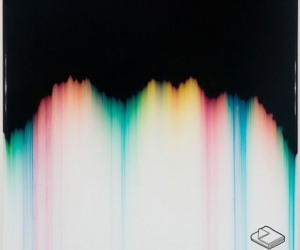 Continuing to build anticipation for their upcoming debut full-length, due later this year. “Dark Age” swells and pulsates, with swirling synths and an infectious chorus, before washing up on the shores of an acoustic, multi-harmony bonfire that typifies the band’s genre-hopping playfulness and experimentation. The band premiered the song today. Cover art for “Dark Age” was created by Shane McAdams who has appeared in Vogue and The New York Times.

Drawing on a diverse range of influences from pop, electronic and R&B, the Torontonians bump, grind and bounce like nothing that came before them. First Rate People enjoyed early success with their first self-released single, they toured the U.S. and Canada in 2011 supporting Born Ruffians. Encouragement from people like Jens Lekman, Chad Valley and Matt Beringer of The National blew the group’s collective mind and with that, First Rate People spent 2012 writing and recording their debut, premiering the first single, “You Won’t Get This Joke At All” via Interview. Mastered by Milan Schramek at Lacquer Channel in Toronto, the album demonstrates the band’s newfound confidence, reflecting all the emotional upheaval and maturity that comes with one’s mid-20s. It’s an album that makes you laugh, think and move at the same time.