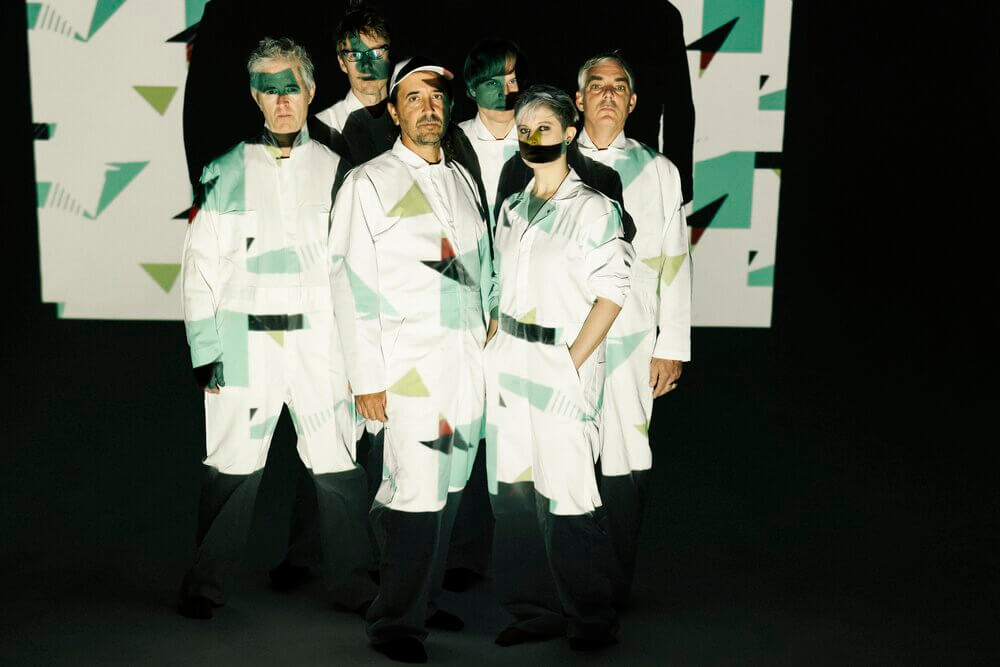 Los Angeles shoegaze band Film School, have shared a new video for “Said Your Name,” the track is off their current release We Weren’t Here, now available via Sonic Ritual/Eternal Music, and on January 14, 2022 on vinyl. The band play a sold out show on December 3, in Los Angeles.

We Weren’t Here, the follow-up to to the band’s album Bright to Death. The Covid pandemic forced a different kind of isolation this time around. Already divided between the SF Bay Area and Los Angeles, bassist Justin LaBo, guitarist Nyles Lannon, frontman Greg Bertens, and keyboardist Jason Ruck—each from his own quarantine home studio—had to collaborate on the songs remotely. Except for when newest member Adam Wade met up with Greg to record drums at LA’s Headwest Studio with mixer Dan Long.

During life in quarantine, Greg says, he became acutely aware of all the ways human beings try to avoid being truly present. Though lockdowns gave us the opportunity to spend “quality time” with whomever we live with—whether that’s a romantic partner, a roommate, a parent, or our kids—the pandemic also forced us to become more conscious of our own, uninterrupted, day-to-day reality—a disquieting sensation many countered with drinking more, streaming television nonstop, obsessively scrolling social media, or otherwise checking out. For the members of Film School, the making of We Weren’t Here reflects how music—whether you’re creating it or immersing yourself in hearing it—can be a transformative way to feel spiritually and psychically anchored again.

“We wanted the visuals to give the effect of uncertainty, like the couple aren’t exactly sure where they’re at or where they’re heading. The projections and layering and shadows and fog create a shadowy dream where these two can’t seem to connect.“

Director Tyler Heckerman on the video for “Said Your Name:”

“Collaboration and exploration is what fueled my creativity on this project. I am grateful Film School was open to experimenting with various film techniques to capture our dreamy effects in camera. A visual representation of their tone and album artwork was important to me. When creative visions align, and yes is a common response, we can create something uniquely beautiful. Thank you to everyone who helped bring this colorful dream to life. It would not have been possible without you.”