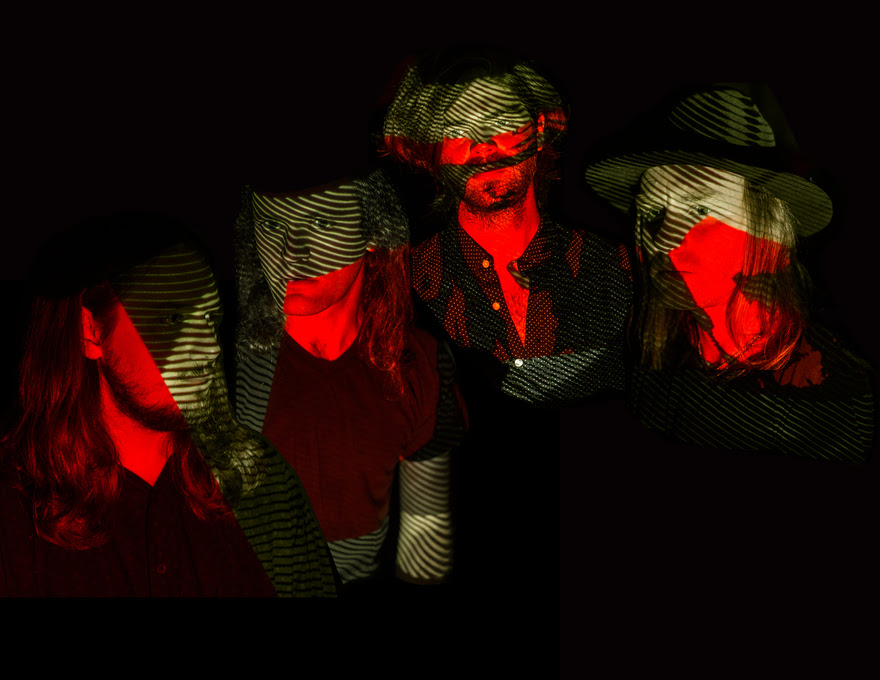 The Faint is set to release CAPSULE:1999-2016 on CD and digitally on September 30 and 2xLP on October 28 via Saddle Creek. CAPSULE:1999-2016 is a retrospective collection that represents a golden era for The Faint. The album includes 16 of their most beloved songs from five albums and is an excellent primer for new fans or a classic collection for those who’ve been nodding along since the Blank-Wave Arcade days. The band recently announced a run of tour dates, starting September 29th in Minneapolis, joining them on tour are Gang of four and Pictureplane.

The Omaha-based band had been kicking around for four years prior to that period, but had a hard time hitting their stride. “We didn’t make anything we really liked until 1999,” frontman Todd Fink laughs. The Faint released some initial material that fit in with the times—reminiscent of the post-punk sounds of Fugazi and other Dischord Records bands—but wasn’t anything spectacular, lacking the distinct personality that would eventually come to define them. It was in writing “Worked Up So Sexual,” the hit single from 1999’s Blank-Wave Arcade, that the band struck their jackpot moment. They discovered an entirely original fusion of synth sounds over a blaring rock background, one that was as catchy as it was danceable.

“I felt lucky… like, blessed or something,” Fink remembers. “By the time we’d actually recorded those songs, we were like, ‘Yeah, this is where it’s at.’ We were excited to go play basement shows and little bars and halls and just bring the music that we hunted down, that felt like us.”

The band added death metal guitarist Dapose and released Danse Macabre, in 2001, one of Saddle Creek’s all-time “big three” albums, right up there with Cursive’s The Ugly Organ and Bright Eyes’ Lifted. It was a dark and sinister work that could still be enjoyed on the dance floor. Songs like “Agenda Suicide” and “Glass Danse” forced blasts of disorienting techno beats into aggressive, almost industrial noise that leaned heavily on filthy bass lines. The album exploded, and their weirdo melange of genres brought them a sizeable audience dancing along.

CAPSULE:1999-2016 serves to bookend this remarkable 17-year period for the Omaha vets, a time which saw them as imitable pioneers of electro-punk. In addition to highlighting songs from five of The Faint’s most popular albums, CAPSULE:1999-2016 features three new songs. The recently released single, “Young & Realistic,” and two bonus unreleased songs: “Skylab1979” and “ESP,” all of which feature latest member Graham Ulicny (Reptar) on synth duties. The new songs give a glimpse of what’s to come for The Faint, as they embark on a new chapter in their long, influential career.

The Faint have also announced North American fall tour dates with Gang Of Four and Brooklyn-based electronic artist Pictureplane. The upcoming tour kicks off on September 29 in Minneapolis at First Avenue and make stops in Chicago, New York, Philadelphia, Atlanta, Los Angeles. The tour will conclude with a hometown show in Omaha on Halloween at Sokol Auditorium. The Faint will also be performing at The Growlers’ Beach Goth V festival taking place in Orange County, California. The festival will also include sets from Bon Iver, James Blake, Justice, Future Islands, Devendra Banhart, The Drums, Cold Cave, Wild Nothing, Hinds and HEALTH.