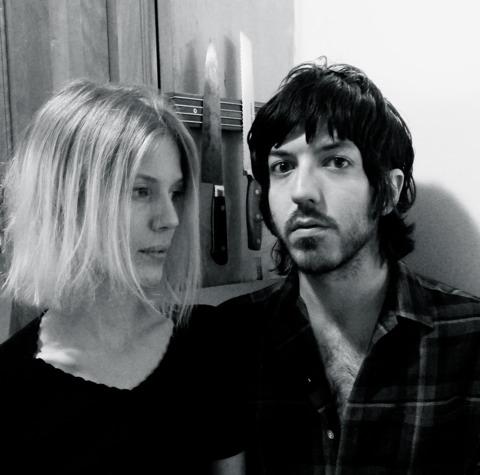 New York quintet Ex Cops have premiered the first video off their upcoming debut full-length for the track “Ken” the video via YouTube. The video is an homage to the classic Replacements anti-video for “Bastards of Young”. True Hallucinations will arrive in stores on January 22 via Other Music Recording Co. and the band will be celebrating that night with a performance at Glasslands in Brooklyn.

Led by Brian Harding (ex-Hymns) and Amalie Bruun (ex-Minks), Ex Cops released the 7″ single, “You Are a Lion, I Am a Lamb” b/w “The Millionaire,” as the premiere release from Other Music Recording Co. in April of last year before heading in to the studio to record True Hallucinations with John Siket (Blonde Redhead, Yo La Tengo, Sonic Youth, etc.). The resulting album is a mind-altering pop pill that maintains the intimate mood of the original group’s sound, but now presented in widescreen Technicolor.

Ex Copsʼ music is very much their own, sounding at once both classic and modern, their sugary pop songs enshrouded in a unique psychedelic haze.