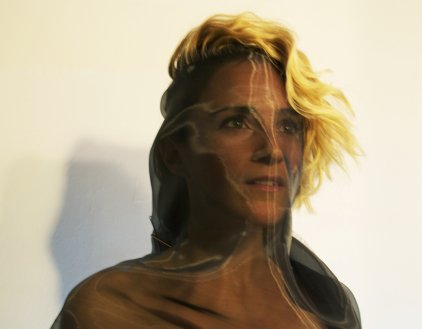 Brooklyn-based trio EULA began with frontwoman Alyse Lamb making 4-track recordings in her bedroom; her early sound was thick with haunting vocals, unraveling harmonies and dissonant guitar work. After passing these demos around at music school in New Haven, CT, drummer Nathan Rose and bassist Jeff Maleri joined and quickly started touring the East Coast and Midwest, releasing a series of demos and two EPs along the way. The three-piece became known for their raw, high-energy shows, Lamb’s onstage antics (she once used a broken Tecate as a slide while on tour with Mission of Burma) and her developed signature singing style of rapidly alternating between soft, upper-register purrs and aggressive caterwauls.

Now, EULA is set to release their second full length, Wool Sucking, calling on legendary producer/recordist Martin Bisi (Swans, Sonic Youth), who recorded the album at BC Studios, and showing a change in the band’s lineup (with the addition of new drummer Stephen Reader). The songs on Wool Sucking detail Lamb’s upheaval from a safe & secure home life to a chaotic, overstimulated city life. When asked about her title choice, Lamb explains, “The term Wool Sucking is a compulsive, misdirected form of nursing in small animals. They suck wool or woolen-like fabrics if they are weened too early… I think it fit my situation aptly.” Following the premiere of menacing first track “Noose” on Stereogum, the intimate video for the track has premiered on Brooklyn Vegan along with an announcement of Spring 2015 tour dates, including a 3/5 Brooklyn release show.

Their debut LP, Maurice Narcisse, was self-released in 2011 to much praise, including an eMusic “Selects Artist of the Month title,” which lead to a re-release on eMusic’s very own Selects label. After a 20-date tour in support of Maurice Narcisse and a relocation to Brooklyn, NY, Lamb had more than enough inspiration to begin writing. Her next set of demos proved to be even more introspective and cutting than her earlier work, walking a thin line between intimacy and careful dissonance. The demos soon caught the attention of Brooklyn’s Godmode Records who then released the single “I Collapse” b/w “Little Hearts” in 2013.

EULA then teamed up with Portland’s Bloodmoss Records and released the “Orderly” 7″ in 2014.