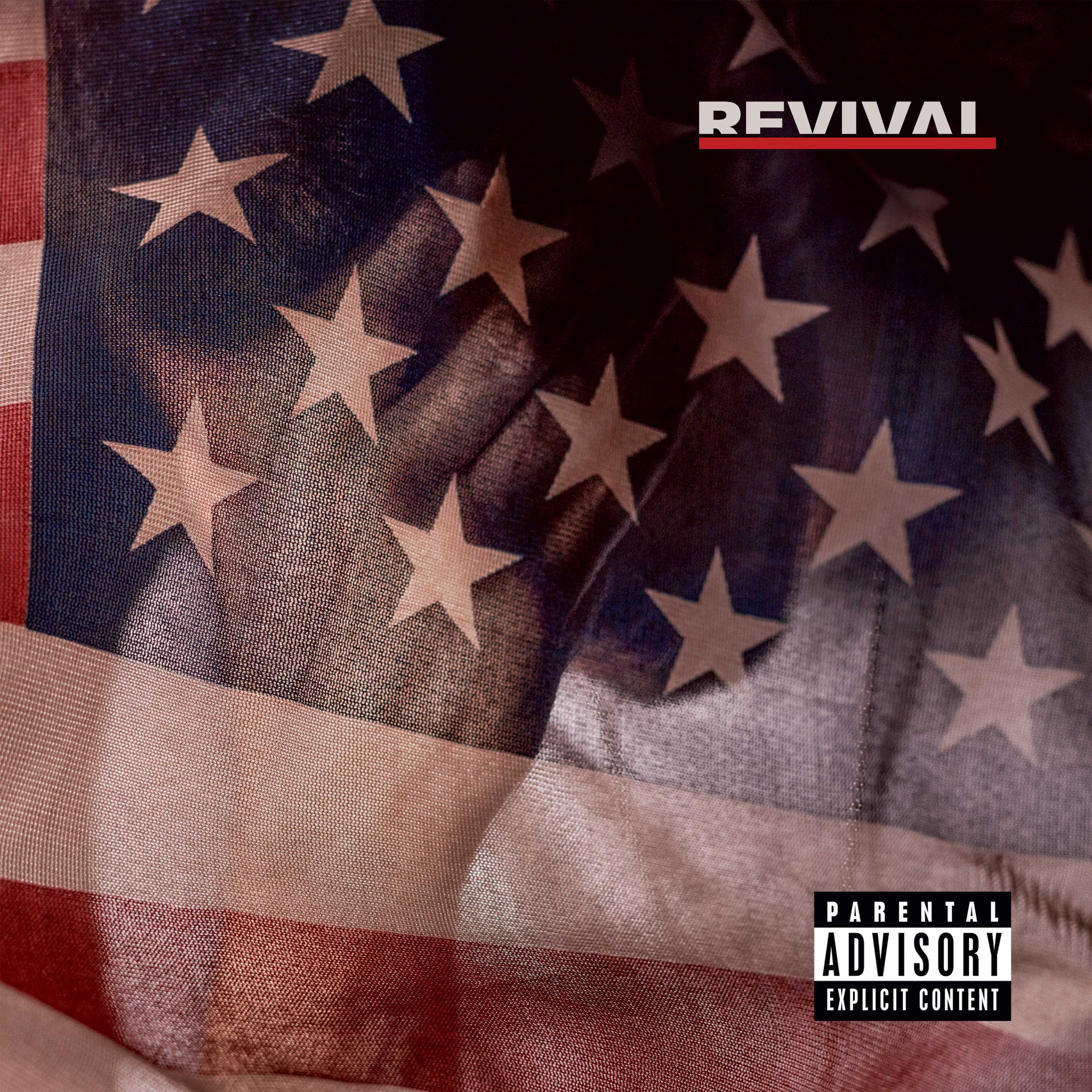 After years out of the limelight Eminem’s return is filled to the brim with features and songs in general. But at a massive 19 songs, most of which range over five minutes, the record is pressed to make that time worth it, and repeatedly struggles to do so. While a marvel at its best and occasionally brilliant in its more average songs, there’s a lot of weight on this album that just can’t be carried. If this truly is Eminem’s final outing, maybe something briefer would’ve been better.

As Beyoncé’s creamy vocals open “Walk On Water” there’s a new sense of reflective pain on Eminem’s angry rapping, making it feel more grounded and relatable. Getting intensely meta as he picks apart his own personalities and music, Eminem dissects his own career and startdom in a wonderfully sharp way. While his rhythm really ups the critic on the state of social equality on “Believe” it doesn’t save the track from its bland production. On “Chloraseptic” there’s a menacing duality to Eminem’s constantly rotating voices, growing even more massive with Phresher’s harmonies. For the most part however, even on some of the strongest moments on the record like “Walk On Water” the tracks, like the album are just too long for what they bring sonically and on a narrative level.

Taking America and white privilege to task, there’s a clever sense of contrast to the rock beats as Eminem is directly critiquing the rock star attitude, and his quick switch to something more subdued echoes this. Using Ed Sheeran’s smooth writing to up the R&B tones of his flow, “River” has a liquid feel to sounds and there’s a much stronger sense of back and forth between the two sections of the song that make it feel truly sublime. While hearing anyone rap over “I Love Rock ‘N Roll” may seem a bit much these days, “Remind Me” really soars in how much fun it has blending Joan Jett and Eminem’s vocals into one chorus line. This said, it’s hard to tell how serious or mocking Eminem is on the track, making it feel like he’s either at the top of his game or out of touch.

With sombre piano “Revival” offers up a short but sweet interlude full of more majesty than much of the record, showing Eminem isn’t out of it. Tackling every issue going on in America in the past year, “Like Home” goes to task showing all of America’s current evils and dark sides while offering a sense of hope that it can bounce back. Using Alicia Keys’ vocals to swelling effect, the song’s inspiring qualities are only outdone by Eminem’s masterful rhyming on the Charlottesville riots. One of the darkest lyrics come on “Bad Husband” as Eminem and X Ambassadors shed light on a bad marriage, but the song’s composition is too harsh to make it all come together.

“Tragic Endings” runs into similar issues, as a bizarrely mixed backing track pushes a strong pop song to a level experimentation that even Skylar Grey’s vocals have trouble making feel like it shouldn’t have been balanced right. Coming in aggressive and eccentric, “Framed” is character piece whose samples are more fun than its actual raps. Even as “Nowhere Fast treads much of the same ground about a problematic America as the rest of the album, the string and vocal arrangements and Kehlani’s smooth delivery make it a strong standout.

Taking all the wrong tones from country rock, “Heat” feels like a bad imitation rather than a proper attempt at satire. Even as he’s remixing childhood nursery rhymes in a wonderfully fresh way, there’s something continuously flat about “Offended.” Despite the low moments of the album, “Need Me ” truly rises above the rest, using P!nk and Eminem is bite-size pieces to get more mileage.

“In Your Head” delightfully adapts The Cranberries “Zombie” as a tale of self-doubt throughout life, although its low-mix of the sample throughout the choruses seems bizarre next to the previous Joan Jett sample. “Castle” really ups the ante using Liz Rodrigues’ vocals with the guitar in a hypnotic way to make one of the most stirring listens on the record as Eminem writes a letter to his future child. Despite this rise in musical moments, “Arose” closes the album on a much more lackluster note, carrying heavy overtones of death in its core.