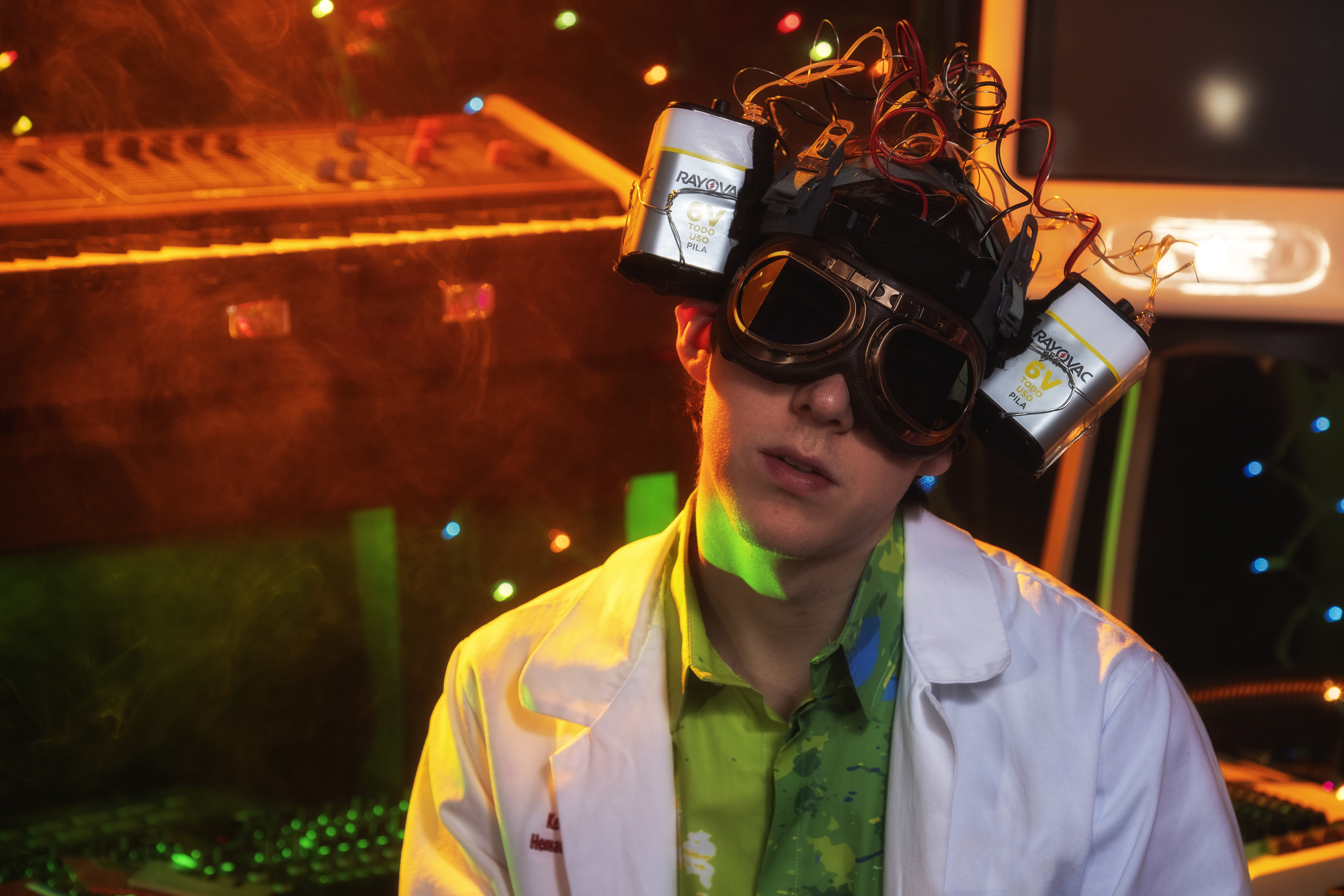 In his short career trajectory, Raybon has proved himself to be a wildly original artist who is perfectly happy marching to the beat of his own drum. His recent output, starting with last years Green EP, is clearly informed by the avant-garde 80’s electronics of Tangerine Dream, evoking contemporary acts like Neon Indian and Com Truise while dipping into more theatrical synth pop.

With the release of Supertoys, it’s clear that Raybon’s sound has evolved into a new beast altogether. This is partly due to the collaboration he struck up with synthwave guru Prozak Morris, who handled production duties on the album. Handing the technical reins over to Morris seemed to free up Raybon’s imagination, and he began channeling an epic sci-fi yarn that is weaved through the 10 song set – an LP that strikes a gorgeous balance between longing for the past and dreaming of the future.

Northern Transmissions recently had a chance to sit down with the young artist to pick his brain about the ambitious new project.

Northern Transmissions: Being a child of the 90’s, how did you become so entrenched in the early 1980’s tech nostalgia that pervades the album?

Eli Raybon: I was born in ’97, so I’m really a child of the 2000s. I grew up with my dad playing 80s records around the house, and I think that instilled a sense of nostalgia for synthesizers within me that I didn’t uncover until my musical tastes started to mature.

Bladerunner was big for me… It was my first dose of the retro-futuristic themes that I find so inspiring now, and the Vangelis soundtrack for that film shifted my musical interests from guitars to synths. It revealed the sonic palette that I had been looking for and ignited my lust for analog instruments. I quickly moved from the Bladerunner score to other early 80s electronic music like Tangerine Dream, and from there to Internet micro-genres like synthwave and vaporwave, which draw heavily from 80s culture. It was in that niche that I uncovered Prozak Morris, who was essential in the production of the album.

Sci-fi novels and video games also fuel my 80s obsession. Neuromancer by William Gibson (’84) and Ender’s Game by Orson Scott Card (’85) are both huge influences. And I grew up playing emulations of games like Galaga (’81) and The Legend of Zelda (’86). When I first started using the internet as a kid, I spent a lot of time researching the origins of those retro titles and exploring 80s tech like the NES.

Nostalgia is a big part of my creative process, but fascination for the future is equally important. That contradiction provides endless inspiration for me, and that’s really what Supertoys is all about. It’s more 2180s than 1980s. 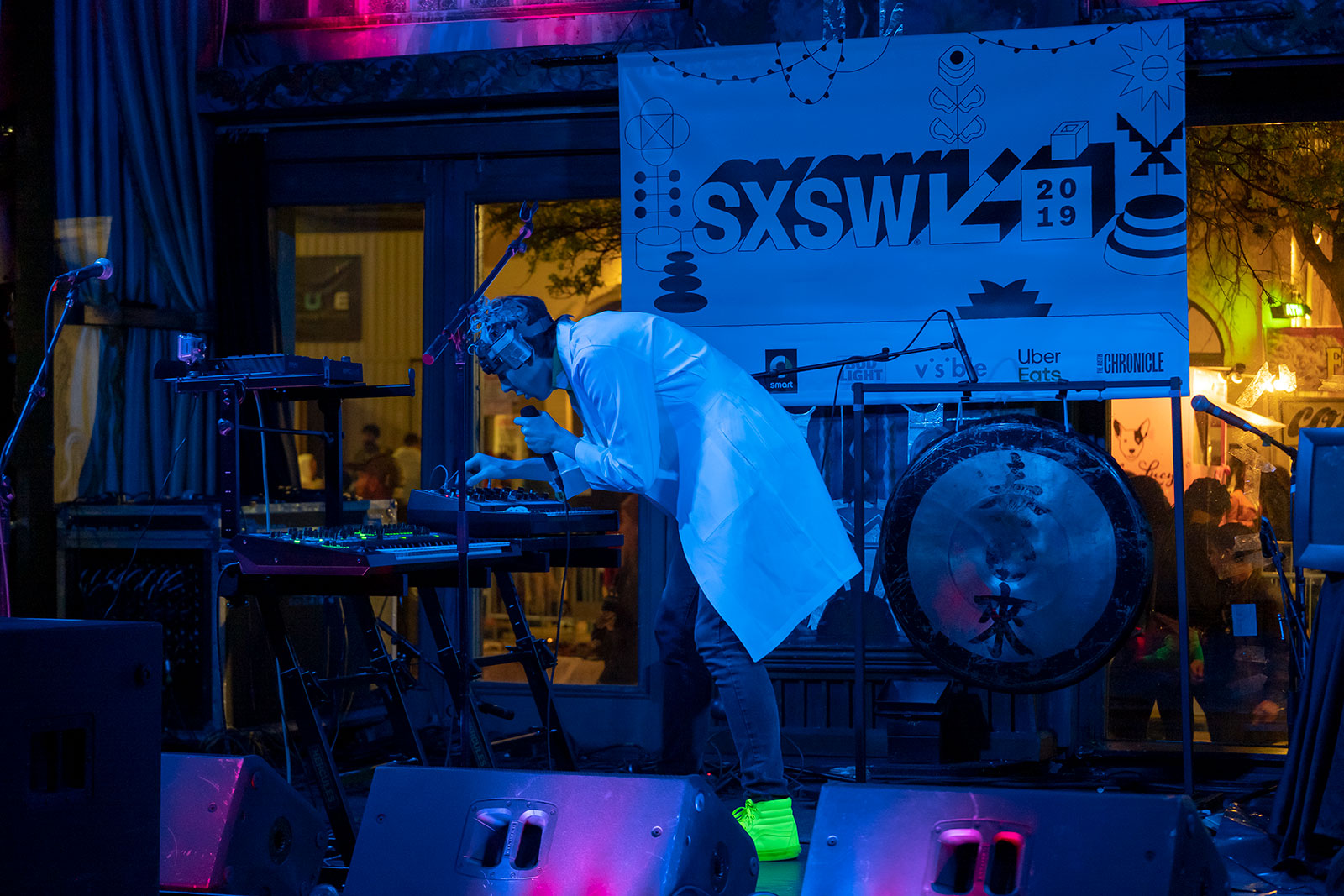 NT: At what point did you officially see Supertoys becoming a fully-fledged sci-fi concept LP?

EB: I’ve always been inspired by the album format. No listening experience is as satisfying as a complete, beginning-to-end album. And unfortunately that’s being lost in the Spotify-dominated, playlist-oriented music culture of 2019, where attention spans are too short to get through one song… forget an entire album! Call me stubborn, but I’m resolved to fight for the album format, even if it tanks my numbers (haha)!

So it was very important to me that Supertoys felt like a complete experience. I knew from the beginning the album would have a “story” at its core. It’s always been a goal of mine to make albums that are like movies. The narrative and characters revealed themselves almost instantly. While Prozak and I were recording, I began to work on plot details and character designs with an artist named Craig Snodgrass. The pieces started to fall into place, and we just kept running with it! Before long, we had a complete cast of characters as well as logo designs and advertisements for Neon Noodles, a fictional ramen shop, and Supertoys Inc., a mega-corporation. I plan to explore this universe further through comic books (or even film), which will open some new creative doors.

On a side note: Packs of Neon Noodles already exist – I was handing them out at SXSW!

NT: You’ve been quoted as saying that roleplaying is a big part of your creative process, and you recently played a SXSW showcase dressed as a mad scientist. Did this character inform the songwriting process or was he born after the material revealed itself?

The mad scientist persona came about after the material was completed, designed as a delivery vessel for the music during live shows. The album has a tremendous amount of energy and begs for theatrics, animation, and gesticulation! The mad scientist brings this to life. I couldn’t be happier with how the costume turned out… The homemade battery brain headpiece is hilariously awesome.

To talk a bit about the songwriting: My process is fueled by pure imagination, which I find much more powerful than reality, especially in art. For this album, my goal was to write songs about the future, and androids, and faulty battery brains… Pure escapist entertainment with absolutely no tethers to the real world. It’s funny to me how personal the album ended up being. As humans, we just can’t help but include pieces of ourselves, our lives, and our feelings into the things we create. But that’s what makes art so great!

NT: How much of the backstory and narrative framework did you communicate to Prozak Morris? Or was your collaboration on a ‘need to know’ basis?

EB: I didn’t communicate any of the narrative to Prozak… In fact, I still haven’t told him the whole story!

I was focused on creating the best album of music possible. I didn’t want Prozak worrying about narrative elements; I wanted to let the songs be the guide. It was incredible how well he understood my vision for the record. It was a shared vision from the very beginning. I’ve never had a stronger creative connection with anyone, and that bond led to the birth of something that’s very special to both of us