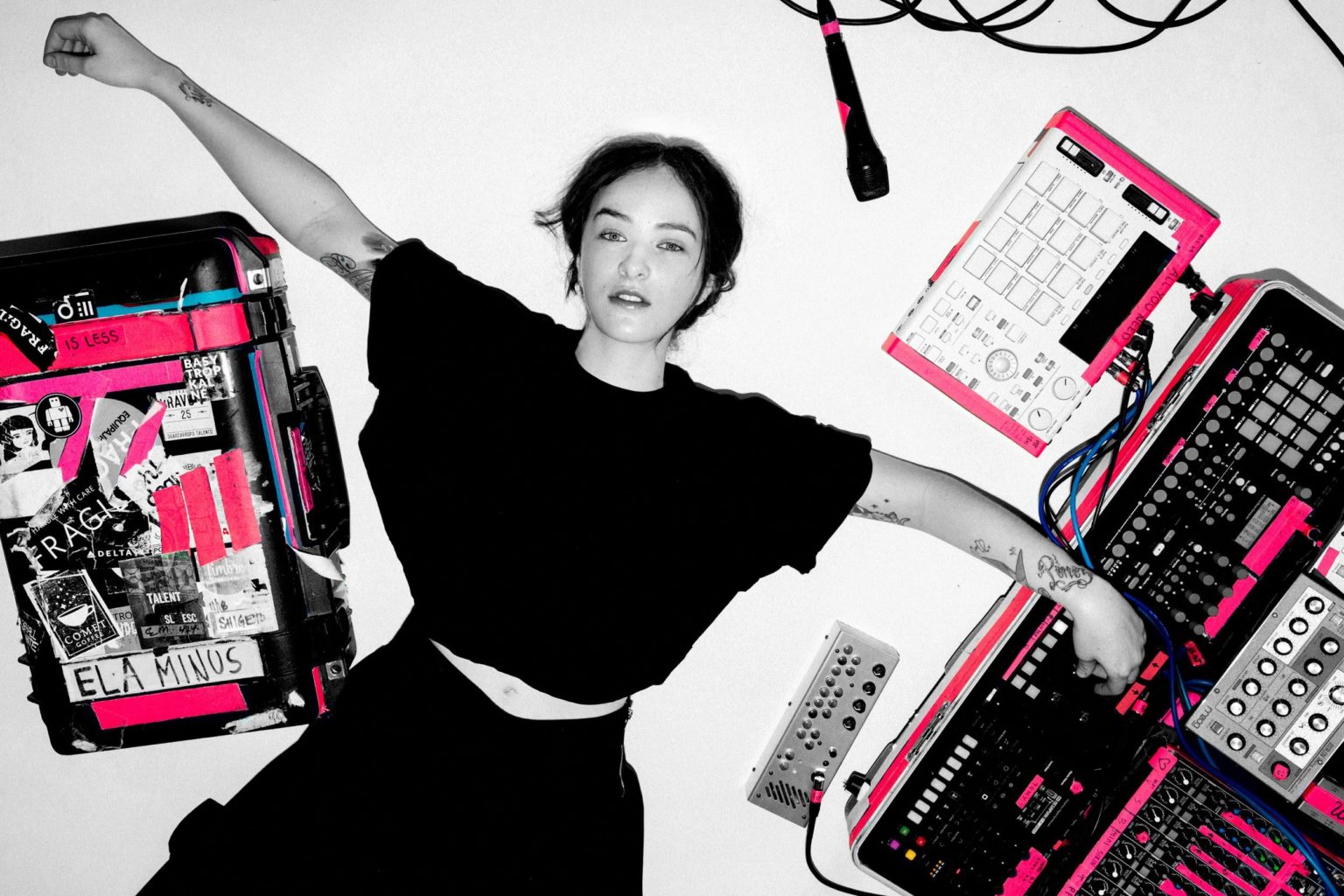 Ela Minus, has announced her debut album, acts of rebellion, will drop on October 23rd via Domino Records. The album was Performed, produced and recorded entirely by the Colombian born artist. Ahead of the album’s release, Ela Minus has shared a video for album-track “el cielo no es de nadie.”

The video, co-directed by Ela and Pepi Ginsberg, presents striking images of Ela’s machines and her moving throughout the stage and hallways of a club. It gives a feel of Ela’s visceral, intimate world and urges finding a deeper connection to those around you. “‘el cielo no es de nadie’ is about all the love I see in small, everyday acts. It’s an invitation to appreciate unheroic, but constant and meaningful actions,” says Ela. “The song’s title, ‘el cielo no es de nadie,’ refers to the phrase ‘I’ll give you the sky,’ a common expression used in Spanish when in love. In the song, I defy it: ‘you can’t give me the sky’ / it isn’t yours to give.”

Before forging her path as a solo electronic artist, Ela was a drummer in a teenage hardcore band. She joined the band when she was just 12, performing with them for almost a decade. Ela then moved to the United States to attend Berklee College of Music, where she double-majored in jazz drumming and synthesizer design. This roving background instilled in her a belief that we all have the power to change things, and as she delved deeper into her work with synthesizers, she saw a clear connection between the freedom of the DIY scene she grew up in and club culture. “I deeply identify with club culture, and want to make music to dance to,” she says. “I also want to make songs in the more traditional sense, with melodies, lyrics, and singing. I want to make songs that stay with people through the years.”

Additionally, Ela Minus is sharing DIY printable posters and projection art for fans to use and share as a means of embracing these tiny acts of revolution in our everyday lives. Please visit the participate section of elaminus.com to download the art.

Ela Minus
acts of rebellion
Tracklist