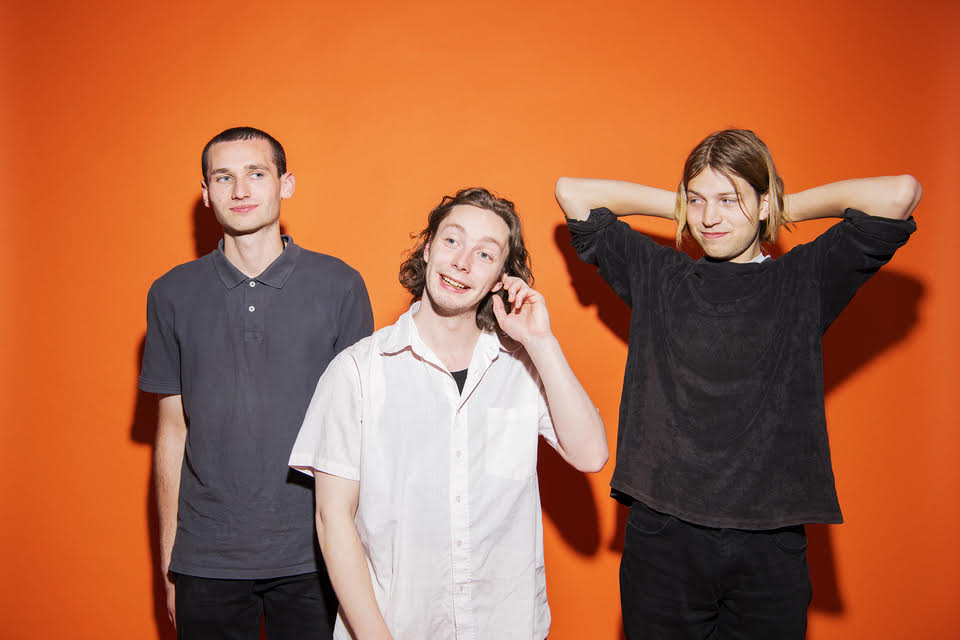 Dutch band The Homesick’s debut release for Sub Pop, The Big Exercise title, ripped from a passage in the Scott Walker-biography Deep Shade Of Blue, the record is a concentrated effort by Jaap van der Velde, Erik Woudwijk and Elias Elgersma to explore the physicality of their music in fresh ways. The lead-track “I Celebrate My Fantasy,” summons a mirage of creeping pianos, sylvan clarinet flourishes and cartoonish sprawls with mock-paranoia, as Elgersma documents a macabre vision he had during a mild case of sleep paralysis.

“The Homesick is allowed to play around in that pop framework, and the goal is to explore what’s possible within it. You can do super radical and weird things, and at the same time convey it all as straightforward pop music. With this album, I hope people will hear things anew after multiple listens.” Van der Velde enthuses.

“When we were on tour in 2018, I bought Meredith Monk’s Dolmen Music in Switzerland,” Van der Velde recalls, “Elias and I have been completely immersed in her music ever since. But also the work of Joan La Barbara for example, who also did things with extended vocal techniques, that was also quite vital to us. We discovered that the human voice offers so many beautiful elements that can still feel very physical and intrusive.”

During those formative years, the Dutch trio was often typecast as your resident tricksters. Hailing from the backwater Frisian municipality of Dokkum, Van der Velde, Woudwijk and Elgersma shrewdly courted spirituality under their own nonconformist whims, even if that wasn’t immediately obvious to outsiders. For those on the outside looking in, it was hard to tell whether the band was taking the piss or genuinely unraveling themselves as starry-eyed romantics.

“It’s the opposite of trying to translate recorded music to the stage,” Elgersma comments. “We were already playing these songs live for quite some time, so for this album, we wanted to unlock the potential of these songs further in the studio.”