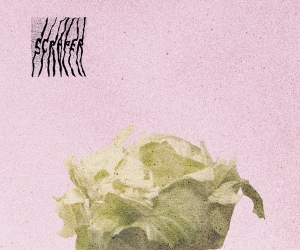 New Drag City imprint God? brings us their 2nd and 3rd releases following God?001, Trin Tran’s Dark Radar, released last year. On July 16, 2013, God? both restores a lost gem to the crown of White Fence by reissuing the self-titled debut album on LP and presents a brand new band to the world via the Scraper 7″.

Tim Presley‘s been building a White Fence he can be proud of since back in 2010; his fourth trip to the other side of the fence just dropped and new pop music horizons continue to shimmer invitingly in all the music that he makes. If you walked into the party when the second album was playing or the new one, that’s probably a great place to start too. Tim’s a veteran of a few bands before White Fence, like Darker My Love, and he’s made records with Ty Segall and The Strange Boys too, but his own thing is very special – a foolproof and ever-morphing approach to writing songs by bringing the freshness of lysergic 60s visions into the present day.

San Francisco’s Scraper is a band throwing curves off a skate-punk kind of mound. Just some kids hanging out on the scene who formed a band out of nowhere. Of the 101 flavors currently coursing through the undead corpse of punk, these guys spray a gritty combination of grind ‘n’ groove that represents musical life at its most primal level. Then when you’re sure they just started playing instruments the day before they recorded this, the overtones hit you – Scraper touched with Flipper and Urinals art-ghetto flair. You might even call it “minimalist,” and the lyrics whip a satirical, surrealist-sychadelic angle on the inevitable social/romantic blues of the songs.