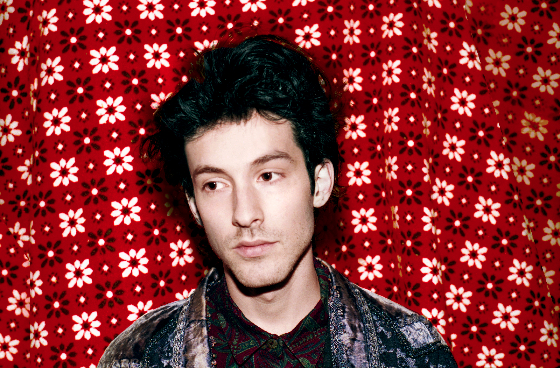 Sub Pop has announced that  they will release Montreal’s Doldrums  new album, The Air Conditioned Nightmare, on April 6th in Europe and April 7th in North America.

You can now listen to the audacious lead single ‘”Hotfoot” below.

The title ‘The Air Conditioned Nightmare’ was spawned by Henry Miller upon his return to the US after ten years as an expatriate. Keen to rediscover the country he left behind, Miller found it a stifling place of big business, pollution, credit, misinformation and prejudice. In short: a spiritual, moral, cultural and aesthetic vacuum. “Nowhere else in the world,” he wrote in his 1945 collection of essays “is the divorce between man and nature so complete”.

Seventy years on and the book lends itself to the title of the anticipated second album by Doldrums, the band lead by 25 year old musician Airick Woodhead. On the follow-up to the 2013 debut Lesser Evil, the DJ, producer and performer makes a sizeable leap from being darling of the same fertile Montreal warehouse creative explosion that gave the world the likes of Grimes, Majical Cloudz, Blue Hawaii to simply being a stand-alone artist and composer on the cusp of something quite special.

“Conflict is at the heart of this album,” explains Airick. “There’s a lot of paranoid sentiment and Dystopian imagery in there. The threat of a mundane reality ties it together, as does an obsession with plasticity. Songs come from specific feelings or images. Anxiety is my default state”.