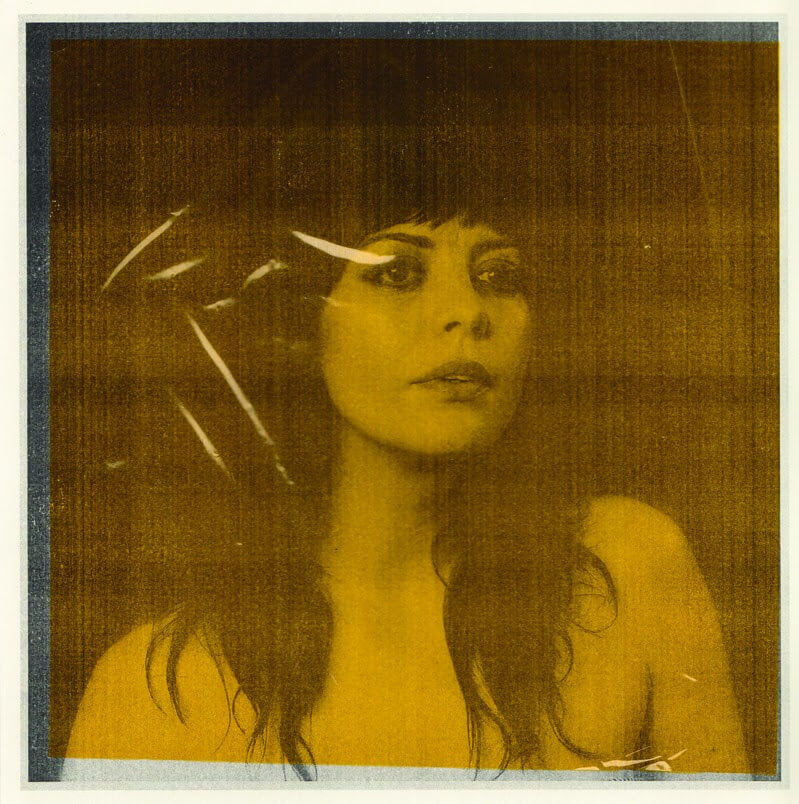 "Do It Or Don't" by Julia, Julia is Northern Transmissions Song of the Day
Share on TwitterShare on PinterestShare on PocketShare on RedditShare on FacebookShare on Email

Julia, Julia AKA: Julia Kugel of The Coathangers, recently released her latest single “Do It Or Don’t.” The track follows “Fever In My Heart” and dreamy “No Hard Feelings”. All the singles are lifted from her debut solo LP Derealization under a new moniker, Julia, Julia. Recorded at COMA, her and her husband’s home studio in Long Beach, CA, the album was a large part of healing for Kugel, after losing her voice. It also sees Julia playing nearly all the instruments and taking her first stab at engineering.

Derealization: feeling detached from one’s surroundings; a conscious confusion about the “realness” of surrounding people and objects: a feeling of observing oneself outside of one’s body: feeling like one is living in a dream

If you can’t trust yourself, who can you trust?

This is the crucial question at the core of Julia, Julia, the moniker for Julia Kugel, founding member of garage punk band The Coathangers and the dream pop duo Soft Palms. On her first solo full-length album Derealization, Kugel shifts her focus from collaboration and band dynamics towards a singular artistic vision and private self-discovery. Steeped in the beguiling pop elements of her past work, Derealization is a meditative deep dive into the mind of a person struggling to understand a crumbling internal and external world. The album traverses a landscape of ethereal folk, atmospheric deconstructed pop, and dubbedout country ballads, all centered around straightforward and direct lyrics. This juxtaposition of nebulousness and lucidity gives the album a sense of clarity emerging from the haze, an apt reflection of Kugel’s personal growth and journey toward self-acceptance.

Derealization is based on weaving the unreal, unsaid, and unknown into an undulating sonic fabric. Vocal layering and abstract instrumentation convey a blurred desperation to connect to an emotional and psychological focal point. Moody, dark, and sumptuous, the record is a flow chart of Julia Kugel coming into herself as an artist and songwriter. The album finds Julia playing almost all the instruments and taking her first stab at engineering at COMA, her and her husband’s home recording studio in Long Beach, CA.

“You know how touring musicians often speak of whether home is real or tour is real? Well, it can lead you to lose grasp on ‘reality,’ especially when touring is taken away and you are left to wonder if anything was ever real, including yourself. Like you we’re just playing a character,” Kugel says of her headspace leading up to the creation of Derealization. This trauma-induced sense of detachment was so severe that Kugel lost her voice, and, consequently, her confidence as an artist. Aided by vocal coaching and EMDR therapy, in addition to the healing power of surfing and music, she was slowly able to find her path back to creating. “Honestly, I kinda lost it, and through making this record I made peace with it and reconciled myself as a real person. I forgave myself and in turn forgave those around me. The song “Forgive Me” is the apology I wanted to say and to hear. I wrote every song from that place and gained the confidence I was pretending to possess.” 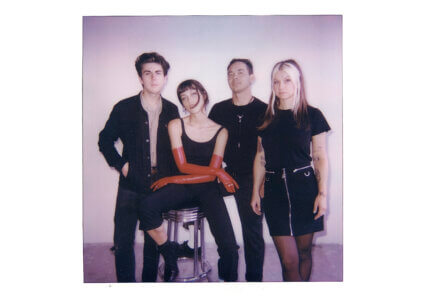 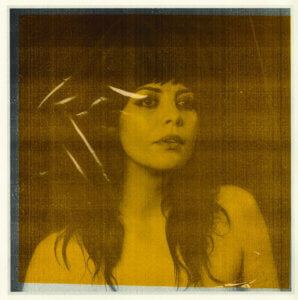