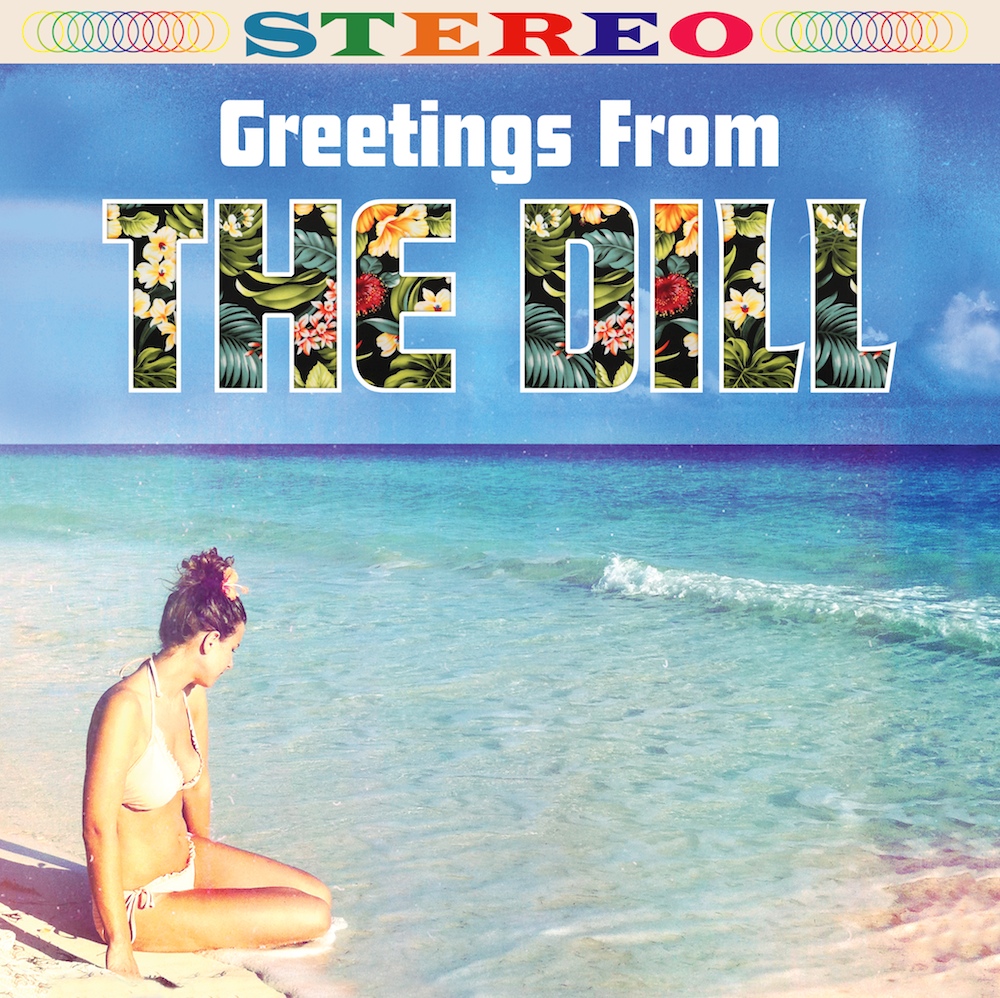 Today sees the debut of “Stop Time” by The Dill feat. Max Kerman of Arkells, and definitely one of the most catchiest tracks of the summer. Over the past 20 years, Dylan “The Dill” Hudecki has co-founded the post-rock duo Junior Blue with Broken Social Scene drummer Justin Peroff, toured the world with By Divine Right, scored films and commercials, remixed songs, made piano and synth-based ambient music as Awesollator, and he’s also managed to hold down a day job as a school teacher while raising three kids.

Now, he’s finally made his first solo record. To say it’s been a long time coming would be a gross understatement. On the surface, “Greetings From” may appear to be a typical 12-song solo singer/songwriter effort—but it’s actually the greatest-hits distillation of an unprecedented 52 song recording and visual-art project that stretches back nearly two decades. Since 2000, The Dill has been stockpiling songs that drew from personal experience, but were brought to life through communal improvisation. With a little help from his many friends—ranging from the unsung heroes in his hometown of Hamilton to some of the biggest names in Canadian rock—The Dill had, by 2016, amassed a total of 52 songs, which he debuted online one at a time on a weekly basis over the course of that year. As for a physical release, well, that could only take one possible form—as a deck of playing cards, of course, with each of the 52 tracks represented by an original, thematic image created specially for the project by cast of 45 Canadian visual artists. “It’s my magnum opus,” says The Dill of his 52-storey tower of song. “It was a giant snowball I rolled down the hill with lots of my friends.”

“Greetings From” is released on the new Elora, Ontario-based label, “Dead Radio, Love” (from the same folks who put on the annual Elora Riverfest). Even in condensed form, Greetings From covers vast musical terrain, from the cosmic, Air-style soft rock of “1000 Days” to the brassy, hand-clapped soul of “Emotional Guarantee” to the bossa-nova sway of “Our Favourite Song.” And the guest list here reads like the nominee roll call at a Polaris Music Prize gala: Brendan Canning of Broken Social Scene massages the keys on the banjo-plucked foot-stomper “Did I Drop the Ball or Miss the Boat”; Born Ruffians’ Luke Lalonde contributes ghostly backing vocals to the drifting acoustic reverie “I Can’t Read Your Mind (But I Can Daydream)”; and Sarah Harmer plays the June to The Dill’s Johnny over the fuzzy twang of “I Love You in Kenora.” And true to the project’s collaborative spirit, The Dill cedes the spotlight on “Stop Time” to Arkells’ Max Kerman, who sashays through this ‘50s-inspired doo-wop ballad like some bygone matinee idol.

“Being a parent and raising a child from infant to adolescence is a daunting, hard task. It’s harder for some, and easy for others, but I can speak for every single parent out there and say that there are moments that happen in front of your eyes that you don’t want to end. Moments that you can’t photograph, that you just have to experience. Never wanting to forget the way they looked at you, or what they said, or how they smiled, or hugged or loved you. It’s hard to explain. This song was written before we had kids, but now when I look back at it, it’s a lot about that, and about the exhausting fast pace of modern life that we’re surrounded by, full of overstimulation and overscheduling. People have less time to reflect on anything as they become dominated by a need to act, a need to be online, robotically checking our devices. It’s brutal. This song reminds us all to slow down, stop everything, “have more soup on Sundays” as my friend Steve McKay says a lot. And of course to the chorus, “Can’t we just fall asleep for a week”. By that I don’t mean a full week, but a considerable slumber. You know the times when you hit the pillow and your whole body and brain are fried, you feel like you could sleep for a week.”

“I recorded myself singing this song, but I wasn’t feeling it that much. It was sometime in late ’14 my friend Max (Kerman of Arkells) was over for beers and I asked him to take a pass at singing my part, to put his crooner hat on and do his thing. He had just finished “High Noon” and was in fine form. In classic Max fashion, he nailed the vocals in two takes. He’s a charming guy with a great voice and is full of charisma so it was easy for him to hit it out of the park. I’m glad he came over all those years ago and is on my record. We’ve been friends for years but haven’t collaborated until now. I’m very proud of what those fellas and the team behind them have accomplished. They’ve slugged it out and put years and years of hard work into building their name and their sound. That takes so much time and dedication and sacrifice. I know first hand. It’s really exciting to see them take off. Well deserved.” 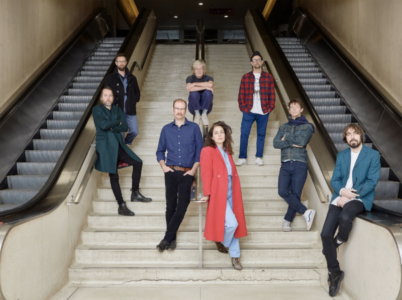