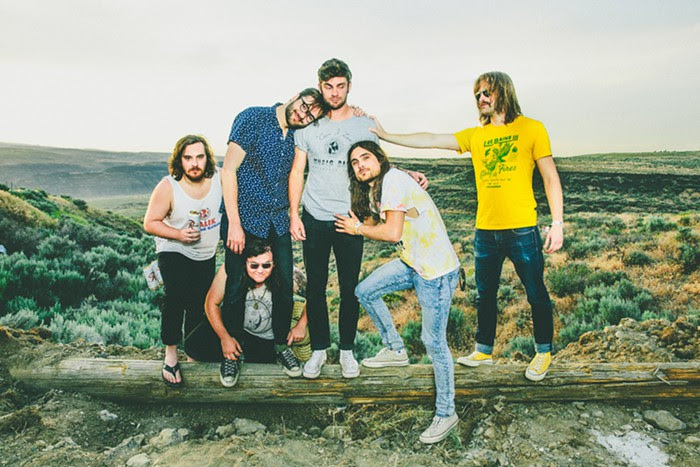 The gravitational pull of Diarrhea Planet is strong; once you get caught in the orbit of its stadium-sized riffs and blistering solos, it’s hard to escape. The Nashville six-piece released its debut 7″ Aloha first started making waves outside the leafy campus of Belmont University, where its members first met. What started as a dorm room dick joke between two friends bored by the music-business ladder-climbing of their classmates has grown into one of the biggest-and loudest-rock acts to come out of Nashville since their big bros and labelmates in JEFF The Brotherhood.

On their upcoming LP for Dine Alone Records/Infinity Cat Recordings, the Planet boys worked with Vance Powell, the Grammy-winning engineer and Jack White confidant. Powell used his expertise in recording live sound to capture some of the energy of the Diarrhea Planet live experience-they tracked the main guitar and drum tracks live, in the same room, for a record that’s both massive and frenetic.