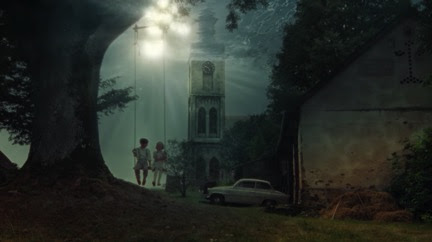 DeVotchKa, bring their single “Empty Vessels,” to life today with a captivating music video that’s realms transcend time and space, on land and underwater. The cinematic video premiered earlier today on Relix, who calls the song an “orchestral-pop tearjerker.”

DeVotchKa frontman Nick Urata explains, “For ‘Empty Vessels’ we teamed up with famed Czech director Martin Krejci. The story is based on true events. In Eastern Europe many beautiful, ancient villages were buried by Reservoirs and Mining waste. In the name of progress, entire generations were forced to relocate, personal history erased. Krejci’s own father was one of the many displaced. In this video our hero also grew up in one of these villages and takes matters in his own hand. He swims through the depths of time and space to reunite with his childhood sweetheart.”

In writing for This Night Falls Forever, Urata tapped directly into his past, connecting the dots between that audience-and-artist relationship and a period of intense self-discovery. As for the album’s title, Urata was inspired by yet another period of transition, albeit one that occurs each and every day: the passing of day into night. It’s a fitting motif for his process, a constant reminder that toil eventually makes way for transport. “I wanted to capture that moment of twilight falling, where there’s electricity in the air and you get that sense that everything is going to be OK.”