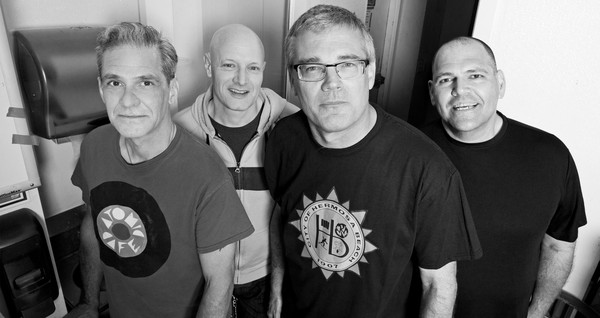 Today marks the premiere of “Who We Are,” a new song from legendary punk band Descendents. Proceeds from the single will go to the ACLU, Planned Parenthood, and the Southern Poverty Law Center. Descendents are also heading out on North American tour, starting May 3rd in Edmonton, AB, at Union Hall, finishing off in Las Vegas, NV at Brooklyn Bowl.

Written in the aftermath of the presidential election, “Who We Are” is a powerful protest song that lashes out against racist, sexist, and anti-immigrant attitudes. With its hopeful message of resistance, the track ultimately calls on listeners to fight fascism and “defend the rights of every woman and man.”

“Who We Are” arrives on the heels of Hypercaffium Spazzinate, the first Descendents album in 12 years and the band’s seventh studio effort since forming in 1978. Released last July via Epitaph.