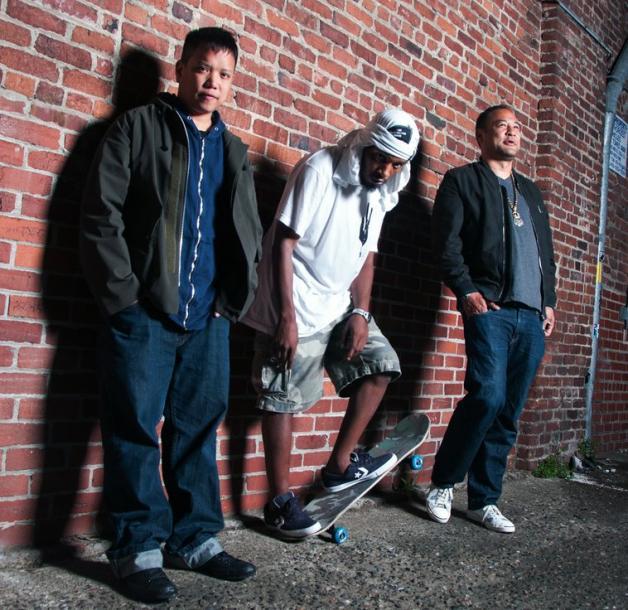 Deltron 3030 has extended its fall tour to include a West Coast run in November in support of the new album Deltron 3030: Event II. The band recently announced the first leg of their tour, which begins October 8th in Boston at Royale and will now wrap up November 27th in Ventura, CA at the Ventura Theatre. The tour will feature a sixteen-piece orchestra — dubbed the 3030 Orchestra — on select dates, noted below, in addition to the three-piece touring band. Additionally, Juan Alderete, known for his work in The Mars Volta and Racer X, will play bass throughout the tour. Deltron 3030 is also thrilled to announce that they will appear with the 3030 Orchestra on Late Show with David Letterman on October 15th.

Released this week, Deltron 3030: Event II has received much early praise. The New York Times noted, “Del the Funky Homosapien hasn’t lost his verbose velocity, and his partners retain their gift for brooding airs and funk grandeur.” Positing the new album alongside its predecessor, FILTER praised Deltron 3030: Event II as “a gem in its own merit.” XXL lauded Del’s MC skills, saying he “effervescently glides on and off beat and into double time while nonchalantly flipping sci-fi slang.” HipHopDX called the record “a worthy follow-up, well-thought-out standalone project, and a very necessary commentary on society, government, and machinations by which the two interact.” Gizmodo noted “The best news in all of this is that after more than a decade of building anticipation, the new album holds up. Actually, it really holds up. The beats are no less incredible, and the lyrics are no less weird and compelling. In fact, there are a lot of parallels between this alien dreamscape and our own, which make the album feel especially relevant.”

Deltron 3030: Event II, which is available digitally via iTunes as well as physical retailers, is Deltron 3030’s long-awaited successor to their self-titled cult-classic debut. Deltron 3030 — composed of a trinity of alt-rap all-stars: rapper Del The Funky Homosapien, producer Dan “The Automator” Nakamura and DJ Kid Koala. Individually, the collaborators of Deltron 3030 stand at the top of their respective musical disciplines; together as Deltron 3030, they warped space, bent time, transcended genre and blew minds with Deltron 3030, an album that still stands today as one of the most important records in the annals of underground hip-hop.

Del The Funky Homosapien, founder of Oakland’s seminal Hieroglyphics crew, launched his career as part of his cousin Ice Cube’s posse, da Lench Mob, and gained recognition as a top-tier hip hop verbalist with his 1991 debut, I Wish My Brother George Was Here, featuring the memorable tracks “Mistadobalina” and “Dr. Bombay.” He would release three more albums -1993’s No Need for Alarm, 1998’s Future Development and 2000’s Both Sides of the Brain – before joining with Nakamura and Koala for Deltron 3030.

12. What Is This Loneliness (ft. Damon Albarn and Casual)