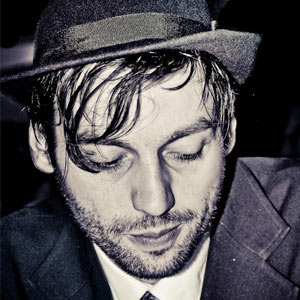 Eeprom stands for Electrically-Erasable Programmable Read-Only Memory. It keeps vital data safe in electronic devices and can be read an infinite number of times.

His high school band Dust Art, a seven-year creative adventure, allowed him access to the ‘Rose Des Vents’ studio in Aix-en-Provence, not far from Marseille. It was here, while recording the group’s album that he honed his mixing and production skills. Although the album was never released, the studio time turned out to be an invaluable formative experience – between day sessions as an assistant he would spend his nights learning how to tame the classic analogue synthesizers and high-end recording gear, experimenting with their quirks and unique sound. He became a trusted member of staff with his own set of keys, the studio’s de facto apprentice. And so it was here, far from the suburban hubbub, that his first album Yes Is More was recorded.

The next step, on a whim, was leaving for London with just a laptop and keyboard in his pocket, so to speak. Without funds, it was tough finding somewhere as well equipped to record. Luckily, support from Andrew Weatherall in both interviews and radio play facilitated things quite a bit – frankly, there are worse guardian angels to have. Little by little, Danton managed to build up the home studio of his dreams, requiring a lot of hard graft, so much in fact that he admits he was close to giving up at least a dozen times during the recording of the album.

If Looks Could Kill Tracklisting /