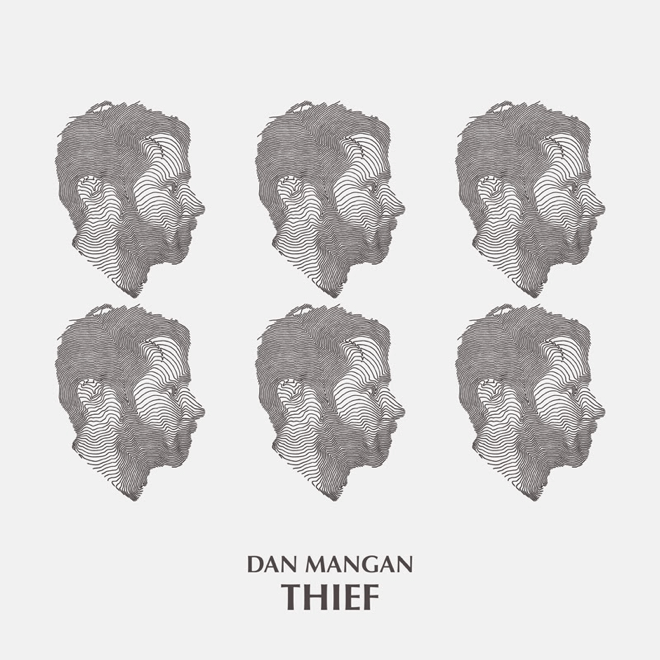 Vancouver singer/songwriter Dan Mangan has released Thief, a compilation of covers, including versions of songs from Robyn, Lauryn Hill, Neutral Milk Hotel’s “In The Aeroplane Over The Sea” and Elliott Smith’s “Waltz #2 (XO)” (performed with Blacksmith and Zeus). The tracks are now available via Arts & Crafts.

“Songwriting is about flexing a muscle enough times to zero success that eventually, you accidentally lift a car when you’re not paying attention. “Every great songwriter is a thief of their own subconscious – maybe a melody from their childhood seeps out, or a phrase from a sandwich board a decade ago. When you’re young, you learn covers because it makes you feel connected to the swirling tornado of music that you so long to be a part of. As an adult, it’s a matter of sanity. I get sick of the same taste in my mouth and I need to sing someone else’s song to cleanse my palate. My approach is that it’s nearly impossible to do a great song justice, and so I need to change it enough from its original form that it can no longer be compared to the source.”

Dan Mangan had planned to tour the reissue the 10th anniversary of his album Nice Nice Very Nice but the Coronavirus shutdown put a stop to that. However, as the co-founder of Side Door Access, an alternative concert booking start up, he pivoted the business to host ticketed livestream concerts and has been holding regular events for fans throughout the pandemic.

On November 21 Mangan will perform a very special All Covers performance at 3 PM EST. Tickets can be found HERE.