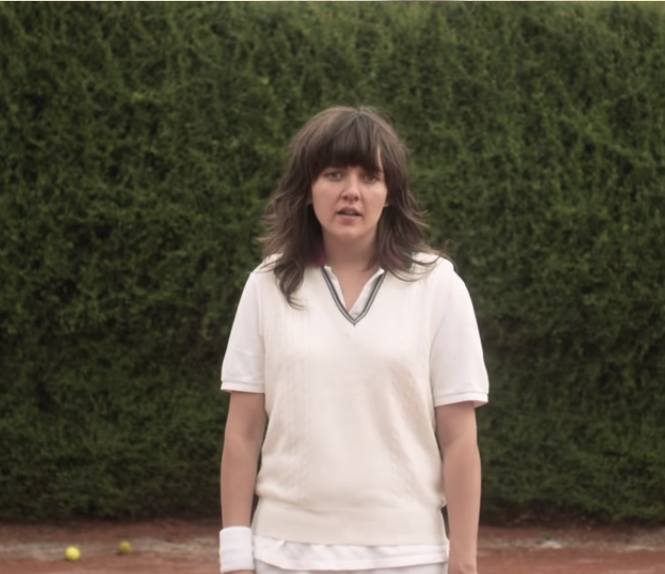 2015 has been quite the busy year for Australian singer-songwriter Courtney Barnett, with the with the release of her album Sometimes I Sit and Think and Sometimes I Just Sit, combined with a tour, that has taken her all over Europe and North America.

You probably have already have heard the catchy rollicking lead track “Pedestrian At Best” already, but Record Store Day this year, we will see Courtney show another side of herself entirely, with the dark, moody sprawl of “Kim’s Caravan”, Courtney’s lament of environmental destruction. By turns beautiful, eerie and gut wrenching, it sees Courtney in uncharacteristically downbeat mode, and comes backed by an equally dystopian video. Alternating images of Courtney on a harsh, rural Melbourne landscape with other inhabitants and their animals, in a world painted black with oil and soot and red with blood and greed, the video hums with a sense of foreboding and frustration only heightened by the apocalyptic lyrics and her repeated chants of “Take what you want from me”. It is a powerful mediation from Barnett on the disintegration of the Great Barrier Reef and innocence in general.