Cornelia Murr’s Lake Tear of the Clouds is out now on Autumn Tone Records. The singer/songwriter will be touring the U.S. this fall in support of Lucius and Michael Nau. Recently she released the video for album track “Who Am I To Tell You”.

On Tear of the Clouds, Cornelia Murr taps into the bucolic spirit of the Hudson Valley in upper New York State. Working with producer Jim James of My Morning Jacket, Murr conjures a hazy blend of folk and cosmic soul music, her voice floating over ghostly soundscapes that bring to mind the fantasias of Broadcast, Stereolab’s most pastoral moments, and the spooky romance of Beach House.

Murr was born in London and resides in California as a dual citizen, but spent much of her childhood moving through the United States, from Colorado to Massachusetts, California to New York City and upstate New York. It’s the latter locale that most informs the spiritual geography of the album, which invokes the cyclical journey of water from the highest point in the Adirondack Mountains to the valley below and out to sea. Like that water, Murr’s voice flows with a liquid grace.

Recorded primarily at Palomino Sound, the record showcases Murr on vocals, Omnichord, mellotron, pocket piano, electric/acoustic guitars, whistles, and percussion. She’s accompanied by contributions from James; piano and keys by Bo Koster of My Morning Jacket; Lola Kirke on vocals; Naomi Greene on vocals and electric harp. Bassist Shane McKillop and drummer Justin Flint, both of Amo Amo, comprise the rhythm section. Spiritual support, Murr notes, was provided by Palomino Sound studio dog Frita, who earns a special thanks in the liner notes alongside Kirke. Originally intended as a four-song EP, Murr found herself with a wealth of songs, many of which she’d been workshopping for years. Encouraged by James, whom she calls “the perfect producer,” Murr realized she had a full-length album on her hands. 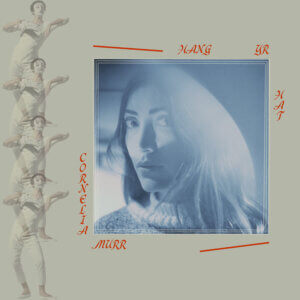