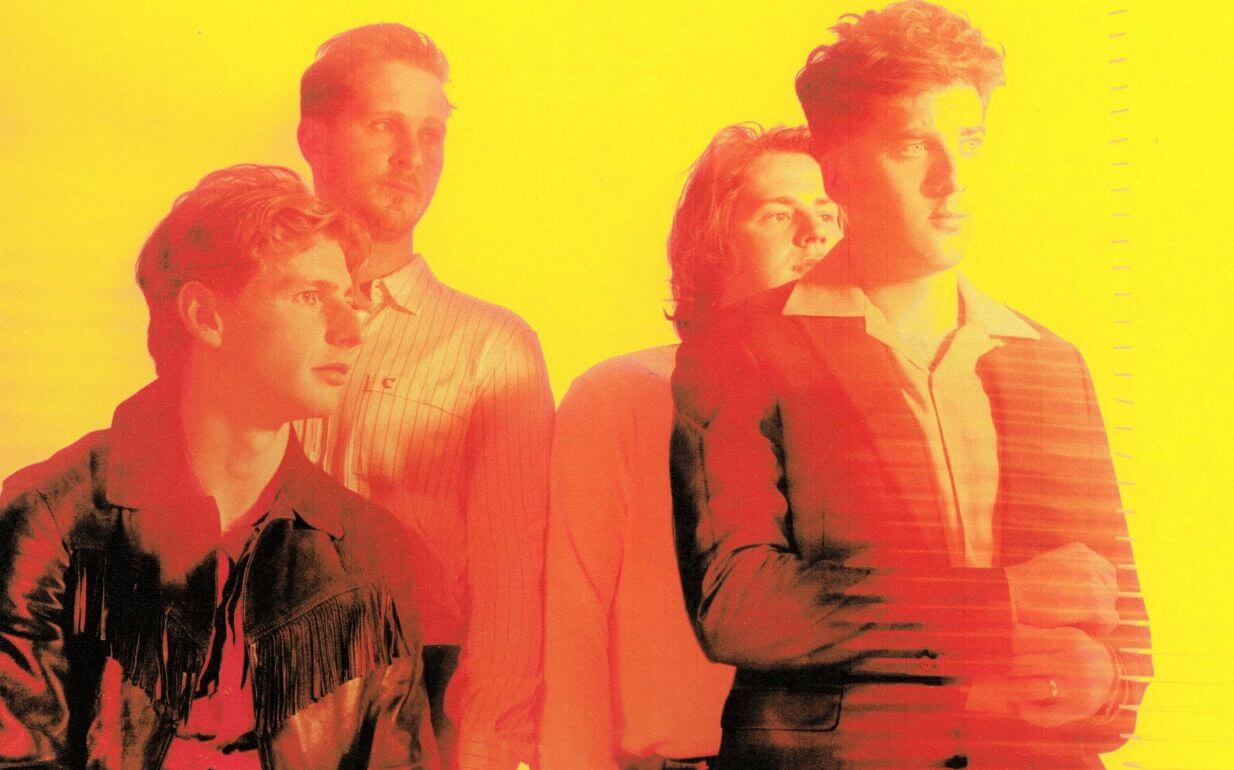 Circa Waves Channel Emotion &amp; Uncertainty With New Album It isn’t news to anyone that the past few years have been tumultuous for a lot of people. We’re still dealing with the remnants of the COVID-19 pandemic, there’s been a war ravaging the country of Ukraine for over 10 months, many different parts of the world are having a housing crisis and there’s a ton of other horrible things happening that are being underreported on so we don’t know much about them. This rollercoaster of a ride we’ve all been on has had many twists and turns for how we feel with a dark cloud of doubt being cast towards the future. With this in mind, lead vocalist &amp; guitarist Kieran Shudall from the Liverpool indie rock act Circa Waves teamed up with bandmates Joe Falconer on guitar, Sam Rourke on bass and Colin Jones on drums to process it all into an album. This album is titled Never Going Under, which is coming out on January 13 via the [PIAS] affiliated label Lower Third, and it’s one of the best releases of the young year so far.

Shudall and I recently had a talk about him having to go to the hospital recently, doing a ton of writing for the album during the pandemic lockdown, his current perspective as a parent and what he hopes people take from Never Going Under while giving it a listen.

Northern Transmissions: The other day, you got admitted to the hospital due to a case of viral pericarditis, which is inflammation around the heart. So first off, how did you discover that this has been going on with your body and how have you been feeling since being back home?

Kieran Shudall: Yeah, it’s been a strange week. I felt like I was having a heart attack, which is unusual for a person of my age. I eventually went to the hospital and I got diagnosed with viral pericarditis, it’s basically when the lining around your heart gets inflamed. It might be a result from COVID or the flu, I’m not sure, but it means that I can’t really exert any energy without feeling any pain. I’m on strong drugs and hopefully within a week or so I’ll be back to normal.

NT: That’s good to hear, I’m glad to know that you’re on the mend. The underlying theme of Circa Waves&#39; Never Going Under is the uncertainty of the kind of world the next generation of humanity will encounter 30 years from now. What inspired this thought process for the album? Is it all the chaos, strangeness and uncertainty over the past few years or is it something else?

KS: It’s just about when you turn the news on at the moment there’s always something new to be worried about. Whether it’s a war, a cost of living crisis or climate change, there’s always something to be anxious about and it seems to be not going away. I think ultimately the record sort of shows that, really. Also, I wrote a lot of it in lockdown during the pandemic which was such an uncertain time and I have a child now who’s three years old so I’m always thinking about the future and what’s the future going to be like for him in 15 years time. There’s a lot on my mind and there’s a lot on a lot of other people’s minds at this current time.

NT: I totally agree, especially with you becoming a parent I can understand why you feel the way you do about things. You just mentioned how you wrote the album while in lockdown during the COVID-19 pandemic in 2020 and 2021, how would you describe the process you, Joe, Sam and Colin undertook to write the music for Never Going Under? Did you have a lot of Zoom chats going on to exchange ideas? Did you do a lot of file sharing? How did the writing of the album go about?

KS: To be honest, I did a lot of it on my own. I spent around a year and a half being locked away in my little studio in Liverpool just writing and writing and writing while trying to figure out what this record would sound like. Once I sort of had the blueprint of 20 to 30 songs that I liked, the boys each started to put their own little stamp on it. Joe would send me a solo in an email and Sam would send me a bass line in the same way. We all live separately so it was all a bit of a long distance relationship for us as a band, but it was cool.

It’s kind of what that band the Postal Service did back in the day, it’s a bit of a modern version of that. I enjoyed it, especially with having the time to write because that’s what I love doing the most.

NT: You also produced the album, so what was the experience like doing that while transitioning between the roles of musician and producer?

KS: For me, they kind of go hand in hand now. I don’t know where writing and production sort of starts and finishes. I can make a drum track and a bass line and then I’ll write a song on top of that so the production kind of influences the songwriting more than the songwriting dictates the production. It’s all intertwined and I’ve done it for the past couple of records, I got a little studio set up in my house where I just make sounds, record tracks and try to write songs on top of them. It’s been a long time since I just sat down with an acoustic guitar and I’ve written a whole song, there’s usually some sort of production element that helps me tie it all together.

NT: What do you hope people take from Never Going Under after giving it a listen?

KS: I’d love for people to just drive the car with the window down and blast the tunes as loud as possible. That’s what I remember when I first bought Arctic Monkeys records or Kings Of Leon records when I was younger. I would drive around having them on full blast while buzzing off how much I loved it, so I’d love people to do that. I hope people can find different things in different songs, like a bit of resilience from the title track and feel like they can take on the world. Then there’s songs like “Living In The Grey”, which are more about mental health and I hope while listening people can hear someone who’s been through what they’ve been through. There’s all sorts of things, really. It kind of has a bit of something for everyone, so I’d be happy for people to take it as they want whether it’s something they turn on before they go out for an evening or they take the lyrics to heart. I don’t really mind.

Purchase Never Going Under by Circa Waves HERE