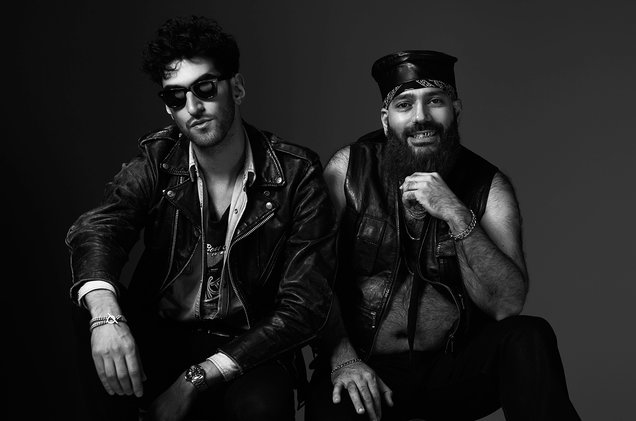 Directed by Allie Avital (serpentwithfeet, Moses Sumney), the visual is another sophisticated installment in Chromeo’s collection of artfully hilarious clips. Of the video Avital explains, “It’s lonely at the top. ‘Don’t Sleep’ is a 2018 satire for the age of dissatisfaction; the age of overstimulation and Tinder. Robin Givens plays a version of the ‘sad king,’ where the more pampered and entertained she is, the more disaffected she becomes. All the bulging biceps, sponge baths, and lap dances can’t cure her existential void.”
Allie Avital on the video:

“Harems are historically reserved for men, and music videos have a long history of ornamental ‘video girls,’ so I wanted to flip both of those narratives. The video was directed and produced by a team of women, which gave the shoot a funny, meta dimension. Dave and Pee are so open and collaborative, and in this often-formulaic industry, it was a breath of fresh air to be given so much artistic freedom and trust.”