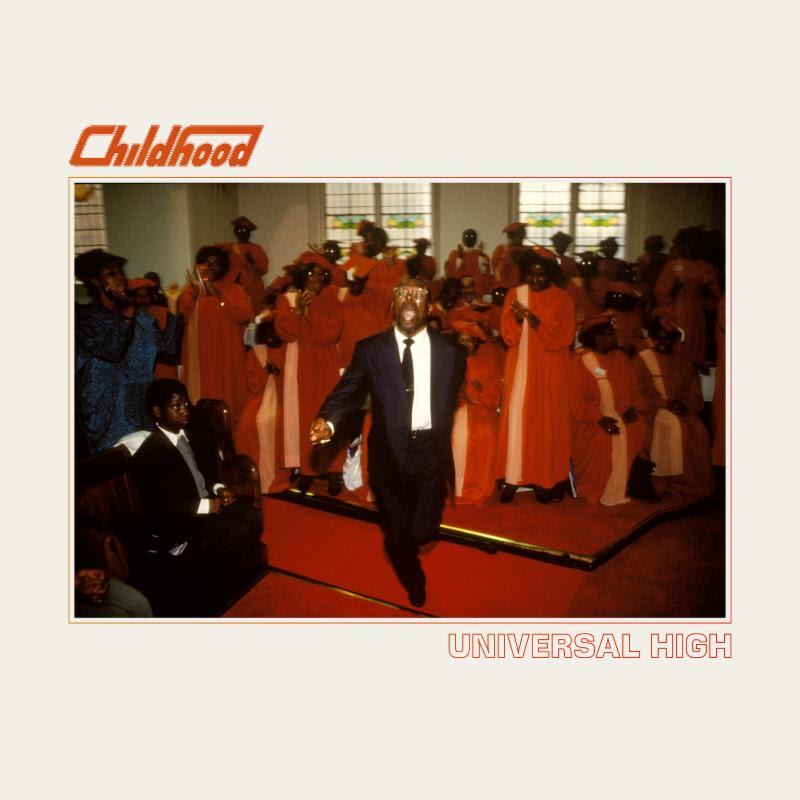 Chidhood’s Universal High was recorded in Atlanta across the summer of 2016 where the band decamped for a month, it was produced by the legendary Ben H Allen III (Gnarls Barkley, Animal Collective, Deerhunter) who struck up quite the creative partnership with ringleader Ben Romans-Hopscraft.

Ben Romans-Hopcraft says, “Universal High represents many things to us as a band. It signifies change, both musically and mentally whilst also revisiting influences that confounded our interest in music in the first place. What I think is noticeable is the direct nature of the songs and its influences. Being surrounded by soul music, classic pop songs and music with any form of groove all my life, these influences began to speak for themselves within these new songs we were writing”.

The campaign’s visuals were all styled by designer Grace Wales-Bonner, and the video to first single “Californian Light” chimes the album’s aesthetic in visceral 3-D form, based around Ben and director Georgio Barber’s formative years growing up within five minutes of each other in South London. ‘Californian Light’ attempts to explore their nostalgia in its choice of location amidst the market-lined streets of the capital’s East Street, encapsulating what it was like growing up with its bustling atmosphere and fading architecture.