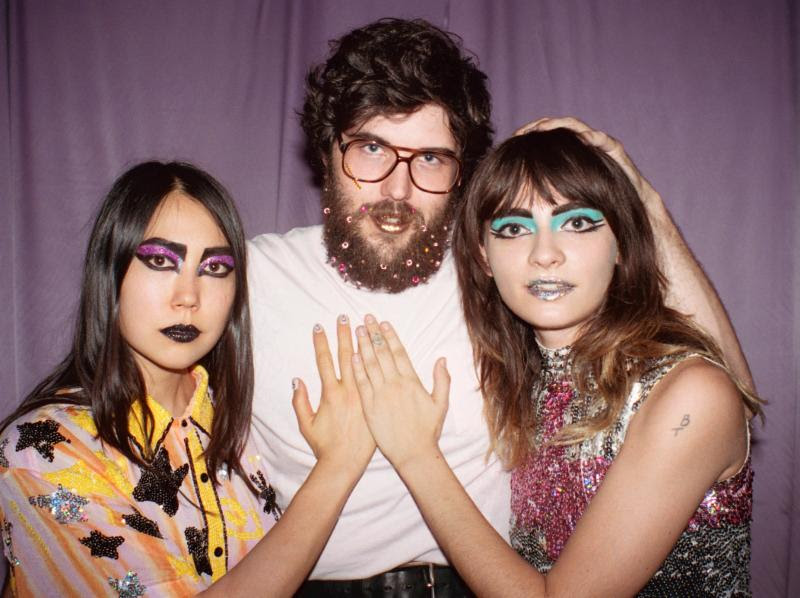 Bloomington, Indiana based Indie label Secretly Canadian, has signed Cherry Glazerr. In honour of the signing, the band has released a new single entitled “Told You I’d Be With The Guys”. The song articulates lead-singer Clementine Creevy’s realization that she needs to consciously strive for solidarity with other women in order to combat the sexism that is ingrained in our culture and consequentially within herself.

She hisses, “I told you, told you I’d be with the guys / But I know better now / Than to be with the guys”, before snarling “I was a lone wolf / I thought I lost my pack / Where are my ladies? / I guess that was my fault”.

Director Riley Blakeway visually compliments the sentiment with images of mundane men, all dressed in a uniform of red polo shirts and khakis, multiplying and crowding her space to a physically claustrophobic and soul-suffocating climax.

The band is also embarking on a new set of tour dates including festival appearances at Made in America, Desert Daze, and Mirrors Festival. See below for the full routing.

Cherry Glazerr was dreamt up by Clementine Creevy at age 15 in her LA bedroom. Having released their debut, Haxel Princess, on much-loved Cali imprint Burger Records and the scorching Had Ten Dollaz 7″ on Suicide Squeeze, the band has now evolved into a wildly complex, hugely guitar heavy, and unapologetically loud machine. The catchy hooks in Cherry Glazerr’s songs offer a counterpoint to the purposeful social commentary and incisive humor which has been ever-present since the band’s formation. Bolstering Clem’s vision is the loud-in-every-way-possible drummer Tabor Allen and multi-instrumentalist Sasami Ashworth.